Supreme Court Rules on Mental Health Issue, and Other News 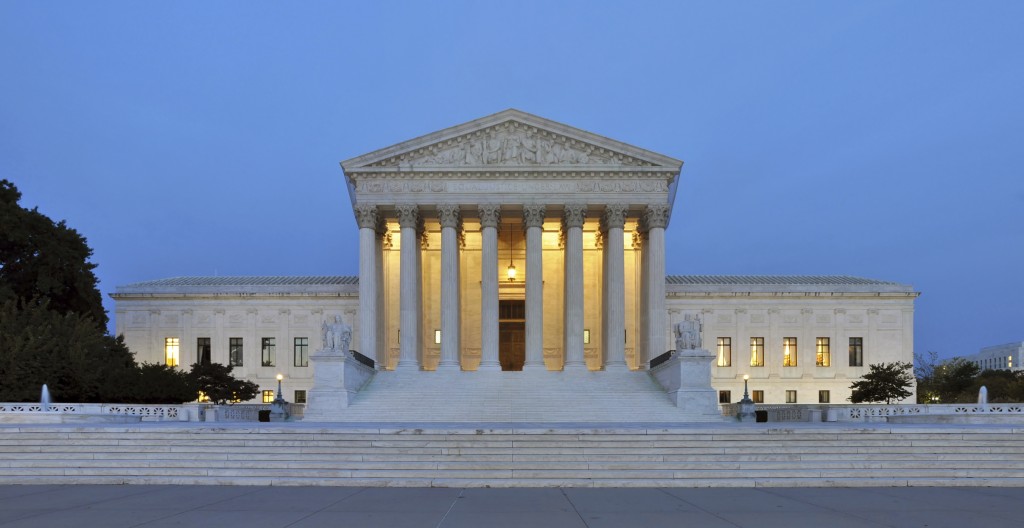 In 2008, Teresa Sheehan, a woman with a long history of mental health issues, was shot multiple times by two San Francisco police officers. The incident occurred after a social worker called police to the group home where Sheehan lived. Sheehan was experiencing mental health difficulties, and allegedly threatened group home members. When police arrived and entered the home without a warrant, they claim she threatened them with a knife.

Sheehan sued the city, claiming that her status as a person with mental health issues should have been considered when police evaluated how to deal with her. The Americans With Disabilities Act, a federal law, requires that people with disabilities—including mental health disabilities—not face discrimination. It also mandates that employers and schools give “reasonable accommodations” to those with such disabilities.

The Supreme Court’s opinion has been widely cited as determining that the ADA does not apply to Sheehan’s case. In fact, the Court opted not to rule on the issue, citing the fact that the City changed its arguments halfway through the proceedings. This change means that lower courts were not fully able to address the ADA issue, making it inappropriate for the Supreme Court to do so. Justice Scalia wrote in his opinion, “We were thus deprived of the opportunity to consider, and settle, a controverted question of law that has divided the Circuits, and were invited instead to decide an ADA question that has relevance only if we assume the Ninth Circuit correctly resolved the antecedent, unargued question on which we granted certiorari.” Thus the law on whether the ADA applies in police shootings remains unclear for now.

Conversion therapy, which attempts to change a person’s sexual orientation or gender identity, is increasingly the subject of controversy. It’s also been roundly condemned by most major mental health organizations. Now, Oregon has joined California, New Jersey, and Washington, D.C. in outlawing conversion therapy for minors. While adults can still seek conversion therapy, it’s often minors who are subjected to it, frequently against their will. Many other states are considering similar legislation.

Congressman Ted Lieu (D-Los Angeles) played a key role in California’s ban on conversion therapy three years ago. Now, as a member of the U.S. House of Representatives, he hopes to replicate these results. Arguing that conversion therapy is a kind of fraud, he introduced the Therapeutic Fraud Prevention Act this week. If the bill passes, it will ban conversion therapy at the federal level.

The Army’s New Plan to Help Soldiers with PTSD

Veterans and active-duty soldiers continue to struggle with posttraumatic stress (PTSD), anxiety, depression, and other effects of war. An overhaul of the military mental health system endeavors to reverse this trend. As part of this overhaul, the Army wants to make mental health care more accessible by putting mental health specialists within walking distance of soldiers’ barracks. The idea here is that soldiers will be more likely to seek care when it’s convenient and accessible.

Texting at the Playground: New Study Shows How Much Time Parents Spend Buried in Their Smartphones

Though a new University of Washington study suggests 44% of parents think smartphones have no place at the playground, the temptation of the phone can be tough to resist. To assess whether smartphones are a playground distraction, researchers observed caregivers at several playgrounds, collecting a total of 33 hours of data. It turns out that many parents spend little time on their phones when watching their children at playgrounds. They found that two-thirds of participants spent less than five minutes on their phones. Forty-one percent didn’t use their phones at all.

Late last year, a study was published in Science claiming that a 20-minute conversation might be sufficient to undermine homophobia. Now, the authors of the paper have retracted it, admitting that they faked their data. The research was so convincing that it fooled even statisticians. It took two graduate students intending to extend the study to uncover the problem. The news comes on the heels of a study in which researchers were only able to duplicate 39% of recently published psychology studies.

Bullied as a Kid, Obese as a Grown-up?

According to a study of more than 7,000 adults, there may be yet another consequence of bullying: obesity. Researchers gathered data about participants’ childhood experiences, including whether they were bullied. By the age of 45, more than 25% of women who were bullied were obese, compared to just 19% of women who weren’t bullied. Men were also more likely to become obese if they had been bullied, and both men and women who were bullied were more likely to have high blood inflammation, a risk factor for heart disease, diabetes, and similar health problems.