How to Listen Supportively to a Friend in Need 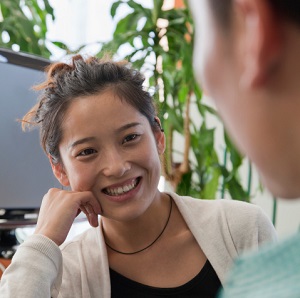 One of the most critical components of a close friendship is support. Friends rely on each other to be there during stressful times and to support one another during emotional and physical challenges. When an individual encounters a particularly traumatic or disturbing event, the support of a close friend could make a big difference in how well he or she copes.

Several studies have examined the effects of support during stressful times, but most have looked primarily at verbal responses. In a new study, Melissa Ming Foynes of the University of Oregon sought to explore how a person perceives support based on verbal and nonverbal responses.

Foynes recruited 53 sets of friends and asked one to disclose to the other a particularly distressing event that had not been previously shared. The exchanges were evaluated for verbal and nonverbal behavior, and the reactions of the disclosing friend were measured based on those factors. Foynes discovered that two factors influenced perceived support above and beyond all others:

Foynes believes these findings could be useful to clinicians working with people who have experienced trauma or stressors. “Such information can be used to guide friends and family in responding more supportively to first-time disclosures of stressful life experiences,” Foynes said. These results could help shape the direction of group and family therapies designed to help individuals cope with negative experiences.