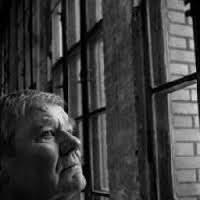 Suicide, or the intentional ending of one’s life, is a topic that often causes significant anxiety to both professionals and the general public. Often, knowing some of the key risk factors that elevate and lower suicide risk can assist in working with a suicidal person and help them stay alive. In addition, if you are a professional, it can help you feel more confident in making decisions related to treatment and referral.

According to SuicideOutreach.org, a program of the Veteran’s Administration, “Risk factors refer to an individual’s characteristics, circumstances, history and experiences that raise the statistical risk for suicide.” If you are a medical or psychiatric professional, completing a thorough risk assessment may be known knowledge; however, reviewing these risk factors periodically can prove to be helpful when working with clients in a variety of settings. Risk factors commonly fall into three categories:

Chronic risk often stays consistent and is not fluid to day-to-day changes in mood, situation, or condition. Examples of chronic risk factors might be mental health issues in a family, previous suicide attempts, a chronic medical condition such as HIV or cancer, age, and gender.

Acute risk factors can change quickly and are often situational. Some examples include current mental status, current desire to kill self, alcohol and illicit substance intoxication, access to a gun or means of killing self, a plan to end life, or pending legal action. Current impulsivity, a decline in judgment, or psychosis seen in certain mental health diagnoses significantly increases potential harm to self and others.

Protective factors are those things that mitigate or reduce suicide risk. Common factors include a willingness to live, children at home, active in treatment such as therapy, a pet, being married or never attempting to harm self. Also, future orientation is an excellent factor to explore with the person. A person who is excited about the future or who has something to live for will be less inclined to see suicide as an option.

There are some risk factors that must be assessed when determining if a person is suicidal and safe to remain in the community. Here are some common ones:

The above risk factors can be helpful in determining overall risk. In addition, there are some common warning signs that are seen in folks considering suicide. They are:

Knowing common risk factors and warning signs can prove life-saving when working with the general public. It is important to know that these warning signs and factors are only a part in the overall assessment and treatment of suicidality. If you are a mental health professional, using structured risk assessments and clinical consultation will help in arriving at a more accurate risk level. If you are not a mental health professional, knowing some of the common signs can help you to decide if contacting a professional is needed.

If someone you know is actively stating they want to die, it is important that you get them help NOW. Contacting 911, having them taken to a local emergency room/department (assuming their safety level permits and they are willing), or, if not life threatening, having the person call a local suicide/crisis line number are all ways to address an emergency situation. The national suicide phone number is 1-800-273-TALK (8255). This phone number is answered 24/7 by trained volunteers who can talk to a person in need. If life is in danger, please call 911.