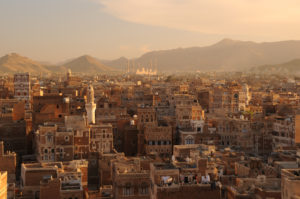 The Middle East is in a mental health crisis, due in part to sharply rising rates of homicide, sexual assault, and suicide, according to a study published in the International Journal of Public Health. The study, which analyzed data from 1990-2015, also found high rates of physical health problems, including an epidemic of HIV/AIDS.

The analysis found high rates of mental and physical health issues across the 22 nations in the Middle East. This diverse region is home to more than 600 million people.

Leading Causes of Death in the Middle East

Almost 30,000 people in the Middle East died by suicide in 2015, marking an increase in suicide of 100%. Interpersonal violence increased 152%, claiming 35,000 lives that same year. The study notes that cultural stigma against suicide may lead to underreporting, so it is likely the problem is even worse than official numbers suggest.

The suicide increase in other regions was just 19%, with increases in interpersonal violence of 12%. A lack of access to mental health services compounds the problem, the study reports.

HIV/AIDS-related deaths increased tenfold in the region. Because symptoms can be controlled, people with HIV/AIDS are less likely to die from the disease in other regions of the world. This points to a lack of adequate treatment and to problems with accessing treatment.

A low-quality diet, the research found, is the leading cause of increased disability in the region.

The study calls for a comprehensive plan to address the complex needs of people in the Middle East. The researchers say this plan should draw upon health expertise, creating projects specifically designed to address the health crisis in the region.