Suicide in the Spring: Practice Prevention as Seasons Change 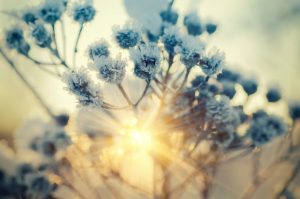 Spring has sprung. The days are longer, the trees fuller, and the flowers are in full bloom. While spring may be a warm welcome after a cold and dark winter, for some it can be a time of increased depression and anxiety. Though it may seem counterintuitive as the gloomy weather gives way to brighter and longer days, many studies, some dating to the late 1800s, have shown that suicide rates are highest in the spring.

An estimated 700 Americans lose their lives to suicide each week. But in May and June, the number rises to nearly 800, and this isn’t just an American phenomenon. A 1995 study published in the journal Social Science and Medicine revealed the same trend of increased spring suicides in 25 of 28 countries surveyed in the Northern hemisphere. Similar findings exist for the Southern hemisphere, where suicide rates also peak in the spring (September and October) in countries such as South Africa.

Why Does Suicide Increase in the Spring?

This phenomenon has puzzled researchers for more than a century. However, many clues have been found and hypotheses theorized.

One theory suggests that individuals struggling with depression in the winter may suddenly have more energy and motivation in the spring to take action on their suicidal thoughts. Another theory proposes that people experiencing depression may sink further into despair when the emotional relief they expected after winter doesn’t arrive.

From a social standpoint, it may be that those who are vulnerable to suicidal thoughts and behavior have more difficulties in warmer seasons when social interaction increases. They may feel greater isolation and withdraw while others become more socially engaged.

Other researchers believe that inflammation may be to blame, as allergies to pollen and other springtime irritants cause increased inflammation in the body. Inflammation has been linked to increased rates of depression as well as suicidal thoughts and behaviors. In fact, some scientists have found a correlation between higher suicide rates, depression, and the amount of tree pollen in the air.

What Are the Warning Signs?

Even if researchers are never able to pinpoint an exact cause, suicide in the spring is a very real problem. However, if the warning signs are noticed early and action is taken, suicide can sometimes be prevented. According to clinical psychologists, as many as 80% of people who attempt suicide exhibit their intention in some way, be it through behavior or words, but it can take an attentive observer to notice the sometimes subtle warning signs, including:

How Can I Help Prevent Suicide?

If you know someone who appears to be suicidal, you can help. Here’s what suicide prevention experts suggest:

Where You Can Turn for Help

If you or a loved one are experiencing suicidal thoughts, do not wait to seek help. There are many resources available to you, including:

If there is an immediate emergency, contact 911 or the emergency service in your area.

Seasonal changes have a profound effect on most forms of life. From biological drives to increased aggressiveness to hibernation, we are all irrefutably tied to the changing of the seasons in some way. As this process occurs throughout the year, it’s a good reminder to all of us to practice a little self-care to help offset some of the changing of the seasons. This can mean many different things, like making sure you get a little extra exercise, eating right, or taking 15 minutes to meditate before bed. The point is that in all the chaos and confusion of everyday life, it’s important to make sure you are taking care of yourself.

If you’re at a point in life where you feel like you may need help with self-care or other feelings you can’t seem to shake, consider finding a therapist or counselor with whom you can form a therapeutic relationship. A therapist or counselor can help you create a good self-care plan, help you examine some of the feelings you’re having in a safe space, and help you develop positive coping strategies should you need to use them.