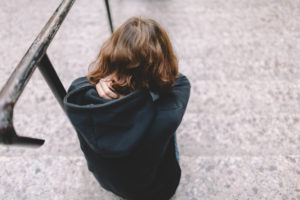 Transgender students are significantly more likely than their peers to experience suicidal thoughts, according to a study published in the Journal of the American Academy of Child and Adolescent Psychiatry. The study, which relied on data from California students, found nearly 35% of California transgender students had contemplated suicide.

A 2016 study arrived at a similar conclusion, finding high rates of suicide and self-harm among transgender youth.

The study analyzed statewide data on more than 910,000 high schoolers who participated in either the 2013-2015 California Healthy Kids Survey or a weighted subsample of the Biennial Statewide California Student Survey.

Anti-Transgender Discrimination and Bullying at School

A British girls’ school recently came under fire when it refused to address a transgender child by his name—even after he took his own life. The child was 15 when he died by suicide. His father said the boy was angry that teachers refused to acknowledge his gender or call him by his name. In a statement lamenting his suicide, the school headmaster referred to the boy by his former name.

Earlier this year, the Trump administration, under the guidance of Attorney General Jeff Sessions, rolled back Obama-era protections for transgender students. The old guidelines required schools to treat students according to their gender identity. This rendered misgendering a form of discrimination, and allowed transgender students to use the bathrooms that correspond to their gender identity.