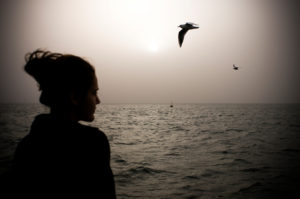 Over 60% of people who die of an opioid overdose have been diagnosed with chronic pain, according to new research published in The American Journal of Psychiatry. Many were also diagnosed with mental health conditions such as depression and anxiety.

The study is the largest to date to examine risk factors for opioid-related deaths. It suggests that certain opioid users have a heightened risk of dying. Early intervention with these groups may be able to slow the opioid death epidemic.

Opioids killed 33,091 people in 2015. Nearly half of these deaths were due to a prescription opioid, according to the Centers for Disease Control and Prevention (CDC). The opioid death rate has more than quadrupled since 1999.

Despite dying of an opioid overdose, opioid abuse diagnoses were uncommon in both the pain and non-pain groups (4.2% compared to 4.3%). Dr. Olfson, the study’s lead investigator, says drug interactions could have been a factor in a lot of cases. Many people in the study filled prescriptions for both opioids and benzodiazepines. “This medication combination is known to increase the risk of … [the] slow and shallow breathing that is the primary cause of death in most fatal opioid overdoses.” The study authors recommend that health care providers restrict that combination of drugs. They also urge health care providers to prioritize substance use treatment services.

The CDC offers guidelines for reducing the risk of opioid abuse and overdose, particularly in people with chronic pain. The CDC says health care providers should:

A 2016 study found that 91% of people who survive opioid overdoses receive another opioid prescription.