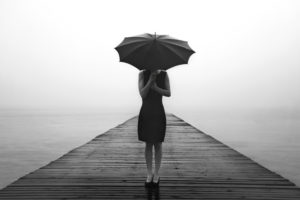 Women with a history of suicidal behavior have lower levels of a protein called brain-derived neurotrophic factor (BDNF), according to a study published in Suicide and Life-Threatening Behavior.

BDNF: A Biomarker for Suicide Attempts

Brain-derived neurotrophic factor (BDNF) is a protein that supports brain function. Necessary for the creation of neurons, it also affects the strength of nerve synapses over time.

To assess the role of BDNF in suicidal behavior, researchers analyzed the BDNF levels in the blood of 73 women. Of these women, 34 had attempted suicide, and 39 had no history of suicide attempts. The women with a history of suicide attempts had lower levels of BDNF than the women who had not attempted suicide. Even after investigators controlled for psychiatric and demographic factors that might explain the difference, it persisted. BDNF levels remained low even years following a suicide attempt.

Does Lower BDNF Cause Suicide?

Previous studies on suicide have found a complex interaction of factors involved in suicide. In a 2016 study, blood tests revealed 50 biomarkers associated with suicide risk. These biological differences did not directly cause suicide but instead altered other risk factors for suicide. For instance, one gene changed the body’s response to lithium. Another altered women’s circadian rhythms. Some biomarkers even shifted along with the women’s suicidal feelings.

Suicide is a complex public health issue. Psychological, sociological, and biological factors can all play a role.

Suicide is also preventable. People who feel suicidal or who are worried about a loved one who may be in crisis are urged to call the National Suicide Prevention Lifeline at 1-800-273-8255. More crisis resources are available here.