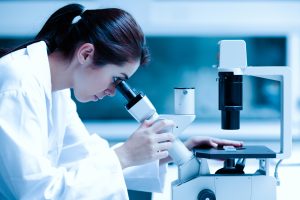 Mice who lack one type of gut microbe show symptoms similar to those associated with autism in humans, according to a study published in Cell. The study also found a diet excessively high in fat could eliminate the microbe, potentially linking autism to maternal diet during pregnancy.

Without the microbe, mice had abnormal social skills. When researchers artificially replaced it, autism-like symptoms disappeared.

Researchers are increasingly interested in the role that naturally occurring microbes have on health. Studies have linked gut microbes to alterations in mental health. For example, a study published last year linked the use of probiotics—which allow beneficial bacteria to flourish—to decreased negative thinking.

A Link Between Gut Microbes and Autism?

Researchers began the study by giving about 60 female mice a very high-fat diet they say is akin to living on fast food. The mice mated daily with male mice until they became pregnant, and babies remained with their mothers for three weeks—the normal nursing time in mice.

A month later, the offspring of mothers who consumed the high-fat diet had a number of social deficits, including initiating fewer contacts with peers and spending less time socializing.

To assess differences between the two groups, researchers used ribosomal RNA gene sequencing to determine the composition of each mouse’s gut microbiome. Mice whose mothers consumed the high-fat diet had a nine-fold reduction in a single strain of bacteria, Lactobacillus reuteri. The correlation between reductions in this bacteria and reduced social skills was so strong that researchers could predict a mouse’s behavior based solely on its microbiome.

When researchers artificially transplanted the bacteria, the mice regained appropriate social behavior. Additionally, mice housed with peers who had a normal microbiome also saw a restoration of social skills—likely because mice eat one another’s feces, exposing them to the beneficial bacteria.

How Gut Microbes Can Affect Behavior

Not all mouse studies have produced similar results in humans, but mice and humans have substantially similar bodies. This means gut microbes could also play a role in human social skills, and potentially in autism.