Study Finds Violent Video Games Do Not Prime for Aggression 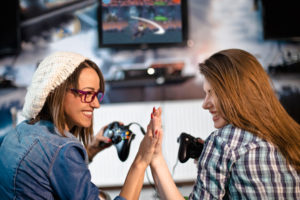 Video games do not prime people to behave aggressively, according to two new studies. Researchers from the University of York authored both studies. Most participants were between the ages of 18 and 35.

Analysts have debated the effects of video games for as long as the games have existed. In 2015, the American Psychological Association (APA) Task Force on Violent Media issued a controversial report linking video games and aggression. The report reviewed 170 articles published between 2005 and 2013.

The APA report received considerable backlash. One group of 230 scholars wrote an open letter calling the report “misleading.” They criticized the relevant studies for failing to take certain variables like gender into account.

Some people believe violent games prime people for aggression. In other words, exposure to violence in video games alters how people feel about aggression. These changes make people more likely to commit violence in the real world, they say.

The first study, published in 2018, appeared in Computers in Human Behavior. The study tested the priming effect through a series of experiments. There was a total of 532 participants.

All groups played a maze game, but the appearance of the game differed between groups. Some people played as a mouse running from a cat. Others played as a car avoiding collisions with trucks. After the game, participants looked at pictures and labeled them as animals or vehicles.

Are Realistic Games More Likely to Cause Aggression?

Opponents of violent video games sometimes claim realistic video games are more likely to cause aggression. A second 2018 study, published in Entertainment Computing, tested this theory. This study included 2,778 game players. Most participants played games at least once a week.

The researchers predicted if realistic games make people more aggressive, they would also cause people to choose more violent words. Yet researchers found no significant differences in word choice. The results suggest realistic violence in games does not shift people’s thoughts toward violent ideas.