Study Finds Teen Marijuana Use Not Linked to Health Issues 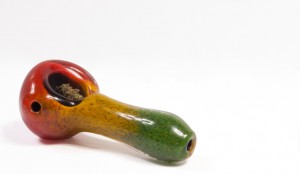 Figures from the National Institute on Drug Abuse show that, in 2014, 44% of high school seniors reported using marijuana at least once, with 21.2% reporting use during the last month. Parents might worry that marijuana use will negatively affect their child’s future, but a new study published in Psychology of Addictive Behaviors suggests those fears might be overblown. Researchers found that marijuana use among teenage boys does not increase the risk of health issues such as depression or lung cancer in adulthood.

Is Marijuana Safer Than We Think?

To explore how marijuana use might affect long-term health, researchers from Rutgers University and the University of Pittsburgh Medical Center followed 408 males from adolescence through their mid-thirties. The boys were 14 years old when the study began in the 1980s and 36 years old when it ended. Forty-two percent of participants were white, 54% were black, and 4% were another race or ethnicity.

Researchers divided participants into four groups: those who did not smoke marijuana or only did so rarely (46%); those who began smoking at an early age and continued smoking frequently as adults (22%); those who only smoked during their teen years (11%); and those who began smoking marijuana in late adolescence and continued to do so during adulthood (21%).  Early chronic users were the heaviest smokers: They peaked to an average use of 200 days per year at the age of 22, slightly decreasing their use as they aged.

Researchers controlled for factors that might alter the effects of marijuana, such as access to health insurance, cigarette smoking, and other drug use. They surveyed participants annually or semiannually for 12 years, sending a final follow-up survey between 2009 and 2010.

At the end of the study, researchers did not find health conditions such as asthma, lung cancer, depression, or psychosis to be more prevalent in any of the groups. Neither did they find any differences based on race or ethnicity, but because the study only looked at adolescent boys, researchers are unsure whether the results would differ with adolescent girls.

The authors of this study argue that the debate about marijuana legalization should be informed by science. Other scientific findings relevant to this issue include a recent study that suggested marijuana is not a gateway drug, in spite of what some may believe.