Study Finds PTSD Is Not Being Treated Correctly 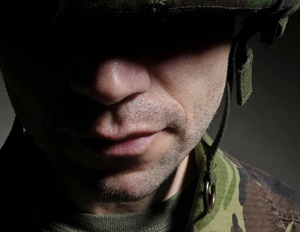 Posttraumatic stress (PTSD) can have life-altering symptoms, including intrusive flashbacks, chronic fear and depression, difficulty with relationships, nightmares, and feeling numb. With about 5 million people experiencing PTSD in any given year and 7% to 8% of the population experiencing it in their lifetimes, there’s a strong incentive for clinicians to provide excellent treatment. Unfortunately, a recent study found that many treatment providers are not offering the most effective treatment options.

Posttraumatic stress can be challenging to treat, and some people have to try several therapists before they find one who meets their needs. A good rapport with a therapist, feeling safe, and a home environment that fosters recovery are all helpful. However, there are a few clinically validated treatments for PTSD.

Prolonged exposure therapy helps a person with PTSD to gradually become comfortable with situations, people, or thoughts he or she had previously avoided. A client might imagine a frightening scenario and then build up to actually going to a frightening location. Over time, this can reduce the avoidance and panic aspects of PTSD. Cognitive behavioral therapy, which helps clients to reprocess trauma and become more mindful of the ways in which damaging thoughts affect emotions and behavior, can also be highly effective.

Led by Edna Foa, a trauma researcher who pioneered the use of prolonged exposure therapy, the study looked at various treatments used to treat veterans experiencing PTSD. The majority of treatment protocols did not use prolonged exposure therapy or cognitive behavioral therapy. Instead, mental health professionals were more likely to use psychodynamic techniques such as discussing early childhood events, parental relationships, or early memories. Coping skills therapy and group therapy were also popular options for treating PTSD.

The authors of the study note that the strategies therapists and other mental health professionals are using are not necessarily bad or ineffective. Instead, these approaches are not evidence-based, while exposure therapy and cognitive behavioral therapy have been proven effective among people experiencing PTSD.

In a world filled with new research on PTSD, it may be that some treatment professionals aren’t aware of what practices are supported with scientific evidence. The study’s authors noted that many therapists believe that treatment needs to be individualized, and this process of individualization can cause them to move away from exposure therapy and cognitive behavioral therapy, which tend to be fairly formulaic. Tradition can also play a role. Many people with PTSD want support from others with the condition, so group therapy is popular, particularly among veterans. The fact group therapy has been so frequently used might make it hard to move toward scientifically validated treatments.

It’s also possible that therapists aren’t using ineffective treatments at all. The most popular PTSD treatments have not been demonstrated to be wrong. Rather, they’re not supported by scientific evidence. As researchers do more studies on PTSD, they may find that a wide variety of treatments can be effective.