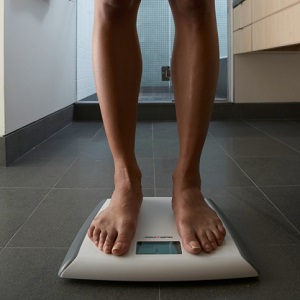 More than 10% of Americans take an antidepressant at some point. These drugs can help reduce symptoms of depression and even save the lives of people who consider suicide. Weight gain is one of the most common effects of taking certain antidepressants, particularly selective serotonin reputake inhibitors (SSRIs). This can be a major deterrent to people experiencing depression who are also concerned about their weight.

According to the Centers for Disease Control (CDC), 35% of Americans are obese, so weight gain can be a real health concern for people experiencing depression. A new study aims to put the minds of those with depression at ease by showing that the average weight gain on antidepressants is minimal.

Researchers wanted to get a better handle on how much weight antidepressant users could expect to gain. They examined the electronic health records of 19,000 adults who experience depression between 1990 and 2011. Each patient had taken one of a group of 11 commonly prescribed antidepressants for at least three months. To control for the effects of antidepressants, researchers also looked at the health data of 3,400 others who had taken a variety of other medications, but who had not taken antidepressants. The researchers then evaluated weight fluctuations in the patients for one year.

They found that the weight gain was minimal, averaging only one to two pounds over a year—a number that would not make a difference in a person’s appearance, and that might not even be noticed on the scale. Among the study’s subjects, young men were more likely to gain weight, as were people who had a low body mass index when they began taking antidepressants.