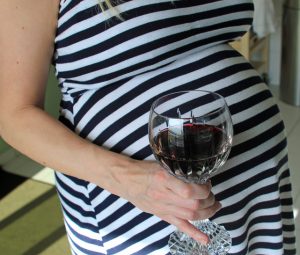 About 8-9% of women worldwide drink alcohol during pregnancy, according to research that explored drinking and its effects on developing fetuses. The study, published in The Lancet Global Health, is the first to explore rates of fetal alcohol syndrome (FAS) and drinking during pregnancy.

The research relies on studies of drinking during pregnancy published between 1984 and 2014, as well as research on fetal alcohol syndrome published between 1973 and 2015. Researchers compiled a wide range of scholarly reports and peer-reviewed studies. They omitted any studies with data sets not generalizable to the population, as well as those that used data combined from several studies. For countries that had only one study, the team used various statistical models to estimate overall prevalence of fetal alcohol syndrome and alcohol use during pregnancy.

Overall, nearly 10% of women used alcohol during their pregnancies. The rate of fetal alcohol syndrome was about 15 per 10,000. The study estimates 1 in 67 women who drink during pregnancy will have a child with fetal alcohol syndrome, suggesting about 119,000 children will be born with FAS each year.

Fetal alcohol syndrome produces a range of physical, cognitive, and psychological effects. Some children experience only minor symptoms. In others, symptoms can be debilitating. Symptoms may include poor growth, an unusually small brain or head, developmental delays, behavioral problems such as aggression or impulsiveness, seizures, organ problems, and birth defects.

Researchers do not yet know why some children exposed to alcohol in utero develop FAS and others do not. It is unclear whether a certain quantity of alcohol, alcohol exposure at a specific time during development, genetic vulnerability, or other risk factors play a role. Because of this uncertainty, the American Academy of Pediatrics says there is no safe level of alcohol consumption during pregnancy.