Study Claiming Link Between Autism, Vaccines Retracted, and Other News 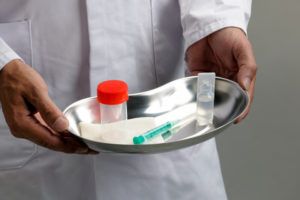 A study claiming a link between vaccines and autism is set for retraction. The study claims that small quantities of aluminum found in some vaccines may be neurotoxic, potentially causing autism. Scientists reviewing the study have pointed to numerous flaws, including data that was apparently manipulated or faked.

Some other concerns with the study include incorrect assumptions about mouse development, injecting aluminum in a way that does not mimic vaccines, removal of control data, funding by potentially biased anti-vaccine organizations, and inappropriate use of statistical data.

The study’s authors, Christopher Shaw and Lucija Tomljenovic, have previously worked on anti-vaccine research. The pair authored a previous retracted study in 2016. In 2012, the World Health Organization called their research “seriously flawed.”

Research suggests that correcting fears about vaccines can be difficult. A 2017 study, for example, found people who receive corrective information addressing vaccine myths may actually become more fearful of vaccines.

Washington is now the latest state to sue Purdue Pharma, LLP, the manufacturer of OxyContin, for its role in the opioid abuse epidemic. The suit, which was filed in September by state Attorney General Bob Ferguson, alleges that the pharmaceutical company heavily marketed OxyContin and claimed it to be less addictive than it actually is.

Soldiers with symptoms of posttraumatic stress (PTSD) are more likely to share their symptoms with a virtual interviewer than to a survey, a new study finds. The virtual interviewers were programmed to react appropriately and without judgment, but the surveys were anonymous. Service members revealed more symptoms of PTSD to virtual interviewers than they indicated on either an official or anonymous computer survey. This suggests the standard surveys soldiers take after a tour of duty may not fully reflect rates of PTSD among respondents.

Young Men Are Getting More Out of ‘Bromances’ Than Romances

Insensitive comments that diminish the loss of a miscarriage may be well-intentioned, but they can be deeply hurtful to people grieving the loss of a pregnancy. Some people mistakenly believe treating the miscarriage as a positive thing or a minor loss can help a person feel better. Treating the lost pregnancy as a potential person who mattered can be more helpful.

Headlines often tout the benefits of mindfulness and meditation, but well-controlled research lags behind popular wisdom, according to a group of 15 experts. The collective published an article in Perspectives on Psychological Science that indicates many studies are poorly designed and may inspire false hope. Mindfulness and meditation may be helpful, they say, but there is not yet enough data analyzing these practices, defining them precisely, or explaining how they might improve mental health.

According to two surveys with 600 participants, a mental health diagnosis deemed genetic might inspire more negative reactions. Crime dramas typically present genetic mental health concerns as being outside of a person’s control and suggest such a defense might be helpful. According to the study, however, people view criminal defendants more negatively when they believe their behavior is genetic. When they learn a person’s mental health issues have environmental causes, their opinion varies, depending on the environmental factor. For example, a person who was abused in childhood often garners more sympathy.