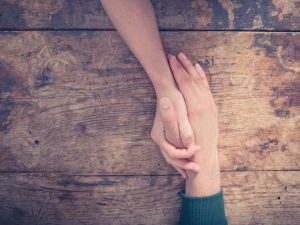 Rats who took the drug midazolam, an anti-anxiety medication, were less likely to free trapped companions than those who did not take the drug, according to a study published in the journal Frontiers of Psychology. These results suggest the drug might reduce empathy in rats. The study did not test the correlation in humans, but because both humans and rats are social animals with similar bodies and brains, researchers say it is possible midazolam might have a similar effect on humans.

Midazolam is marketed under several trade names, including Hypnovel, Versed, and Dormicum.

Could an Anti-Anxiety Medication Reduce Empathy?

The study relied on research from a previous study, in which one rat was placed in a restraining tube. The rat’s cagemate could free the rat by nudging the door open. Rats quickly mastered the skills necessary to free trapped cagemates, and researchers interpreted this as a sign of empathy for the trapped rats.

For the current study, researchers repeated the test, but injected some rats with midazolam. Injected rats did not free their trapped cagemates. They did, however, open the trap door when it contained chocolate chips. This suggests midazolam did not undermine the rats’ ability to open the door—just their willingness to help another rat.

To test whether freeing a cagemate was due to a stress response rather than empathy, the team conducted a second trial. For this study, researchers gave the rats nadolol, a blood pressure medication that reduces symptoms of stress, such as increased heart rate or high blood pressure. The rats who took nadolol still helped their cagemates. The researchers say these findings suggest rats do not free cagemates to avoid the stress of seeing a trapped companion; instead, empathy is likely the motivating factor.

A variety of drugs can change behavior, even when those medications are not specifically designed to do so. Earlier this year, another study suggested acetaminophen—the pain reliever found in over-the-counter drugs such as Tylenol—could also reduce empathy.

The Connection Between Anxiety and Empathy

The study’s authors are unsure why midazolam appeared to dull empathy in rats. It is unlikely that reducing anxiety reduces empathy, or that anxiety is necessary for empathy. Previous research has found stress could block empathy. A 2015 study found stress-related brain chemicals could reduce the ability to feel empathy for others.

The research has not looked at the effect of midazolam in people, so those concerned about their empathy levels should talk to their doctors before changing their medication. Given the research on the connection between anxiety and reduced empathy, it is possible that cessation of an anti-anxiety drug could also dull empathy.