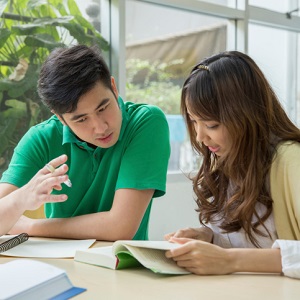 In the political blogosphere, trigger warnings have long been used to signal material that could be psychologically damaging to certain people. It’s common to put trigger warnings, for example, on material related to rape, abuse, violence, eating and food issues, and drug use. Some students have begun asking their professors to attach trigger warnings to potentially violent novels and other classroom materials.

Supporters of this approach argue that people should not be forced to view potentially upsetting material without first being warned. Opponents argue that periodic exposure to stressful material could actually be beneficial, and some opponents feel that trigger warnings are the result of excessive sensitivity. The trigger warning itself has evolved over the past decade.

Triggers are real issues for people with certain mental health conditions, notably posttraumatic stress. Someone who has experienced sexual assault, for example, might be triggered into a flashback or panic attack when reading about a rape scene. There is currently little to no evidence, however, that the general population also experiences such triggers.

New research suggests that empathy can be learned—and learned quickly. A group of neuroscientists scanned volunteers’ brains with a functional magnetic resonance imaging (fMRI) machine. Volunteers then received neurofeedback about their brain activity related to empathy. Such neurofeedback helped volunteers increase feelings of empathy, and this change in brain pattern was clearly visible via fMRI.

Breakthrough: Nasal Spray May Soon Replace Pills for Delivering Drugs to the Brain

People experiencing brain issues frequently must have many medications, but doctors believe there may soon be another option. Pills only deliver a fraction of their actual medicine content to the body, which means they have to contain more medication than is necessary. Inhaling drugs might be a better option for rapid, effective delivery. Researchers have found that a sugar polymer is an excellent carrier for drugs and that is safe to inhale. The research team says that the next challenge is finding ways to keep the drug inside the nose instead of immediately running out.

It’s common to experience some changes in memory and cognition as a part of the normal aging process. But these subtle changes can be challenging to differentiate from early symptoms of Alzheimer’s. Researchers already know that the hippocampus helps to “unite” memory information stored in different brain regions.

A new study examined how a test of hippocampal functioning might serve as an early signal of Alzheimer’s. Participants looked at a circle divided into three sections, each with a different design. The hippocampus, researchers believe, helps unite these pieces of information into a coherent hole. After subjects looked at the circle, they had to find a circle that matched it from a group of 10. Those with early signs of Alzheimer’s did worse than those who reported age-related memory decline.

Tobacco’s negative effects are seemingly infinite, and a new study has found another reason pregnant women shouldn’t smoke. Researchers have long suspected a correlation between prenatal tobacco exposure and attention deficit, but a new study may have found a link. The study asked participants to perform a task that required inhibition control while hooked up to an fMRI machine. Subjects who had been prenatally exposed to tobacco exhibited different brain activity patterns, including less activity in areas of the brain thought to be correlated with inhibition control.

Plaques in the brain that accumulate 10 to 15 years before Alzheimer’s symptoms occur are the major contributing factor to the disease. Researchers have found that giving the antidepressant citalopram—sold under the brand name Celexa—to mice stopped the growth of brain plaques, though it did not reverse already existing growth. Although the study offers hope for new research directions, the research team that did the experiment cautions that research is preliminary and that this study is not sufficient reason to begin taking Celexa to prevent Alzheimer’s. Moreover, among people who already have the disorder, Celexa will not reverse or cure the effects.