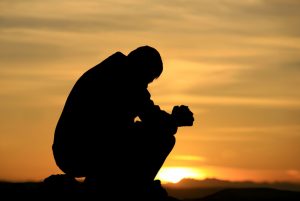 Stigma, anti-Muslim discrimination, isolation, and other mental health factors may play a major role in radicalization and terrorism, according to a study published in the journal Health Equity.

The study’s authors suggest current efforts to fight terrorism may promote the conditions that give rise to radicalization and terrorists. Instead, the researchers say terrorism should be viewed through the lens of public health, and more research should address public health factors that contribute to terrorism.

The study reviews the research on social factors that affect health and then presents a public health model for understanding terrorism. In this regard, the study provides a lens through which terrorism can be viewed—not a definitive analysis of terrorist activities. The researchers show how discrimination—both structural and interpersonal—isolation, gang violence, and social cohesion may all play a role.

Because some efforts to fight terrorism may increase discrimination and isolation—for example, stigmatizing Muslims or preventing family members from immigrating to live with loved ones—the researchers argue that these efforts may have the opposite effect than intended.

A 2012 study evaluated terrorism as a public health issue and identified several risk factors for terrorist radicalization. Those risk factors include:

Factors that can protect against radicalization, according to the study, include: