Stigma Drives Myth of Link Between Mental Health and Crime 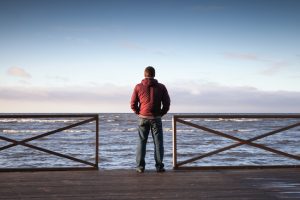 The assumption that mental health conditions are linked to criminal behavior spurs discrimination and stigma, potentially triggering anxiety and worsening mental health, according to a study published in the journal Scientific Reports. The study explored why mental health stigma is so prevalent and which factors influence it.

The study involved a representative sample of 10,000 people in Switzerland. A total of 2,207 people met inclusion criteria and responded to the survey, producing a sample that was majority (61.5%) female. Participants ranged in age from 18-65, with a mean age of 43.

Researchers asked participants to estimate the dangerousness of people in a fictional treatment vignette. Half of the vignettes featured symptoms of mental health diagnoses such as psychosis or addiction. The other half only provided information about the location of treatment, such as in a general or psychiatric hospital.

Providing only the treatment location or a list of mental health symptoms elevated participants’ perceptions of danger. Mental health symptoms were especially likely to elevate danger perceptions. People with alcohol addictions were more strongly perceived as dangerous. Vignettes that provided information about treatment in a general hospital were perceived as less dangerous.

Though mental health diagnoses were generally linked with stigma, exposure to the mental health system reduced stigma. Participants who had personal contact with psychiatric patients or who had themselves sought psychiatric care were less likely to stigmatize symptoms of mental health conditions.

Research Does Not Support Link Between Mental Health and Crime