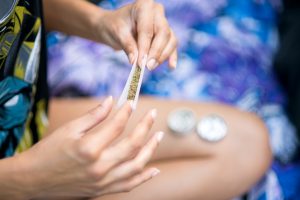 States with more permissive medical cannabis laws have more adult users of the drug, according to a study published in the journal Addiction. Researchers did not find significant changes in usage rates among children, adolescents, or young adults.

The study used data from the National Survey of Drug Use and Health from 2004-2013. Researchers compared state-level usage data over time, then evaluated the data considering each state’s marijuana laws. They also assessed for marijuana dependence or abuse using criteria published in the DSM-IV.

The number of adults older than 25 who used marijuana daily or near daily increased 2.36% per year. Daily or heavy users are at a greater risk of dependency and addiction.

The study points to regulatory strategies that could reduce problematic use of marijuana in states that allow non-medical use of the drug. Those include the use of state-licensed products and dispensaries, as well as more active oversight by physicians.

Marijuana Use and Addiction: Is There a Policy Connection?

The study’s authors say heavy marijuana use is linked to an increased risk of addiction. As use of marijuana increases in some states, addiction rates might also rise. The study did not find a significant correlation between lax medical marijuana laws and more addiction, and they caution that it can take several years for a user to become addicted to the drug. In some states, regulatory changes are new, so there may not have been sufficient time for greater usage rates to produce higher addiction rates.

A previous study found medical cannabis might help treat addiction and some mental health conditions. Another study found lower rates of prescription drug use in states where medical marijuana is legal.