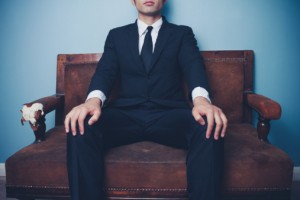 “My wife tells me it’s like I’m two different people. She can’t deal with how angry I get, and then I turn around and I’m so kind, almost too kind. I’ve tried so hard. I spend so much agonizing time managing myself.”

John is coming to see me for psychotherapy. He tells me about his childhood—lack of attention, drunken family scenes, unexpectedly finding pornographic pictures at age 9, sexual abuse, and no one to protect him.

As we talk, he notices that there is some tightness in his left leg above his knee. He puts his hand there and says, “It’s like it is tense, stuck, frozen. It is familiar. I used to feel this for days when I was a kid. The only way I could cope was to go away as much as I could. I would stay out all night. I’d hang out with an edgy crowd. I was literally running away.”

If this tightness could speak, I wonder aloud, what would it be saying?

What kind of help?

John notices that the tension in his leg is loosening up. Soon he begins sobbing.

“They are immigrants, they have nothing, nothing, no education, nothing,” he says. “I feel so bad for them.”

I notice that both of John’s hands are moving now. Can he focus on them for a little while? Can he show me with his hands how his anger and his kindness relate to each other?

John moves his hands, palms facing, toward each other.

“There is something between them that keeps them from reaching each other,” he says. “It’s like an emptiness, but it keeps them apart. I don’t know why this moves me so much, but it does.”

There are tears on John’s cheeks. Is it like the empty space, the vacancy, when he left and went away as a kid?

There’s a long silence while John looks at his hands. He puts them down on his legs.

“These complete me,” he says. “They fill me in as a person. My anger was always so disconnected from me. I would let it out, but it was wild and disconnected—just lashing out. It still happens sometimes when I fail at suppressing the anger. When I do shut it down, I become so very sweet, but like a little child. No wonder my wife thinks I am two different people.”

So, I say, you just understood some new things? Let’s take a couple breaths and just be with these insights.

“It is really strength, actually—all kinds. The strength of a just kind of anger in my right hand and the strength of kindness and compassion in my left.”

Yes, I understand. We go back to his hands. Can he explore how they are with each other now?

John moves his hands silently and tenderly toward and around each other. They are protecting and being protected. Minutes pass.

“I’ve been waiting for a long time for this moment,” he finally says. “I am feeling how the two hands go together. I can be strong, or even angry, in a new way when I am also connected with my heart. I won’t feel ashamed. I won’t need to be two different people—a scary man and a sweet little boy—anymore.”

John takes a deep breath, leans back on the couch, and spreads out, relaxed and taking up more space.

This is a powerful story about disconnecting power as strength from power as heart and disconnecting both from oneself. There are many forces leading us toward disconnection. In John’s case, these were family experiences.

In other cases, it’s the feeling that to be a good person and not cause harm, one must give up having power. For some men, it may be being called a sissy for being sensitive or kind. For leaders, it may be the mistaken belief that power can be gained and sustained only by use of force and exploitation: oppositional power.

As John discovered, breaking the natural link between heart and strength may cause an emptiness or incompleteness where anger becomes threatening and kindness naive. Power with heart can heal, repair, and serve well-being. Stay in your heart while you stand in your strength. This is the key to right relationship with your power—both personal and role power.

Note: To protect privacy, names in the preceding article have been changed.