Some College Men Fail to Tell Sexual Interest from Consent 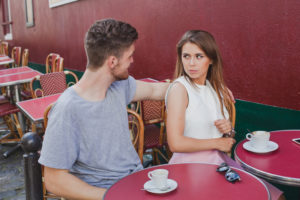 Recent lawsuits have drawn attention to the epidemic of sexual abuse on college campuses. Cisgender men are the primary perpetrators of this abuse. According to new research published in the Journal of Interpersonal Violence, one reason for this might be college men’s poor understanding of sexual consent.

Rape Myths and Confusion About Consent

Researchers interviewed 145 college-aged men attending a large university in the Southeast. They presented participants with a series of hypothetical sexual situations between a man and woman (only heterosexual relationships were studied). Then they asked the men questions about sex, sexual interest, and consent.

Men often failed to distinguish between sexual interest and sexual consent. Situational factors affected their perception more strongly than their own personal characteristics. Despite earnest attempts to determine consent, some men relied on questionable sexual scripts.

Men were more likely to ignore the woman’s verbal refusal if she had previously had sex with the man in the story. They would equate past sexual behavior with consent for future acts. This phenomenon is called the precedence effect.

Men who believed in rape myths (like the idea that women say no when they mean yes) were more likely to assume the woman consented to sex. Men with hypermasculine ideals also tended to misread sexual signals.

A 2008 study found that college-age men may also struggle to distinguish friendliness from sexual interest. Researchers showed college students images of friendly faces and flirtatious faces. Male and female students misidentified friendly faces as flirtatious 12% and 8% of the time, respectively. Both genders were more likely to mistake sexual interest for friendliness (37% for men, 31% for women).

The researchers suggest that men do not oversexualize their environments. Rather, they may be less able to read nonverbal cues. But even then, the difference between genders was small. Any disparity in social skills is unlikely to account of gender differences in sexual assault statistics.