Examining Solitary Confinement and Its Effects on Mental Health 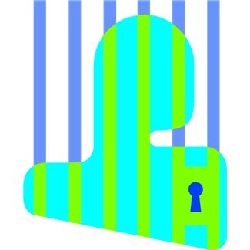 Being alone for a certain amount of time is healthy and encouraged, but we all need human contact on a fairly regular basis. However, some people are forced into a living situation that requires them to forego all communication with humans. This form of punishment is called solitary confinement.

A group of U.S. senators is actually reviewing the practice of solitary confinement to determine if it is a humane practice, needs to be removed completely, or is allowable in certain circumstances, according to an article in The New York Times.

Former inmates have attested to how inhumane they feel solitary confinement is and how it actually can drive people “insane” and worsen mental health and the overall health of inmates. Lawyers and other professionals claim solitary confinement is unconstitutional and is “cruel and unusual punishment” as well, especially for long periods of time (some have been in isolation for over 10 years with only small periods of time with human contact).

U.S. Senator Richard Durbin, the assistant majority leader, asked the question of the audience at the hearing, “Do you believe you could live in a box like that 23 hours a day, a person who goes in normal, and it wouldn’t have any negative impact on you?” Charles Samuels Jr., the director of the Federal Bureau of Prisons, suggested that in some cases it is necessary for the safety and well-being of others (such as staff and other inmates if certain inmates are overly dangerous), according to the article. However, even Samuels agreed there are some issues associated with long-term solitary confinement, and it is not the first option for prisoners.

So what do mental health experts have to say about solitary confinement? What can isolation for long periods of time really do to the mind?

The National Alliance on Mental Illness (NAMI) stated in a press release that it is taking a position against solitary confinement. In fact, the group suggests that for people with “severe psychiatric symptoms,” putting them into solitary confinement in prison is “akin to pouring gasoline on a fire.”

The group agrees that sometimes isolation is necessary for the safety of all, but other times it is used “inappropriately, for punishment.”

“Prolonged isolation usually intensifies already chronic symptoms,” according to a NAMI press release. “The result is the ‘worsening of psychiatric symptoms such as paranoia, extreme anxiety and depression, increased suicides and suicide attempts, sleep disturbances, hallucinations, and self-mutilation,’” said Ronald Honberg, the NAMI Director of Policy and Legal Affairs, in a press release. This information was given in a testimony statement that was sent to the Subcommittee on the Constitution, Civil Rights and Human Rights.

James Scully, Jr., the medical director and CEO of the American Psychiatric Association, submitted a statement to the subcommittee, commenting on how harmful solitary confinement can be to people who are already struggling with their mental health.

Viola Drancoli, a clinical psychologist, said in an email that the harmful effects of solitary confinement depend on the length of time people are isolated.

“Most extreme situations such as overcrowding or isolation can be harmful to our mental health,” Drancoli said. “People with an existing mental disorder are even more vulnerable. The lack of physical space, sunlight, and interaction with other people over an extended period of time can exacerbate and even trigger mood disorders, suicidality, and psychotic symptoms. An increase in mental illness among inmates may adversely affect their reintegration into society. Thus, the impact of solitary confinement becomes an issue on a larger scale.”

She has heard stories from her clients who were incarcerated about the detrimental effects of solitary confinement.

“Clients have described coping mechanisms such as conversing with ‘imaginary friends’ in order to deal with the isolation,” Drancoli said. “Later they may experience psychotic symptoms, and it becomes harder to distinguish between reality and imagination. The individual feels more humiliated, anxious, and threatened.”

She said that perhaps for shorter periods of time, solitary confinement can be acceptable, but it depends on the situation. “It may be temporarily beneficial for someone who is overwhelmed by a crowded prison yard and needs containment, or experiences an immediate threat due to gang affiliation,” Drancoli said. “But solitary confinement is not the long-term answer to those problems. It should never be implemented over extended periods of time.”

She suggests more of an emphasis is put on treating mental illnesses to help the overall situation of incarceration and solitary confinement. “Often people are incarcerated as a result of their untreated mental illness,” Drancoli said. “Inmates need to be continuously screened throughout their time in prison and then receive appropriate mental health services.”