Social Skills Deficits and Asperger’s: How Parents Can Help 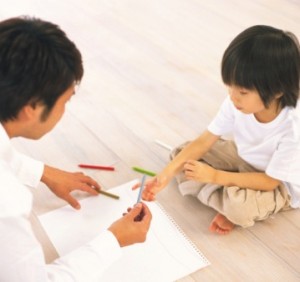 Deficits in social skills and communication are hallmarks of Asperger’s syndrome, a mental health issue on the autism spectrum. For children with Asperger’s, typical manners that are used in social interactions are not employed, making it difficult for such children to engage with peers. In the absence of manners, peers may become offended, leading to further social isolation and difficulties developing social skills.

One example is “Joey,” a 9-year-old boy with Asperger’s. Joey is bright and excels academically. However, when Joey meets a peer for the first time, he fails to make eye contact and begins asking the other child about Star Wars. Joey fails to ask important questions first, such as name or interests. As a result, Joey’s peers perceive him as odd and they do not actively seek him out for social activities.

Even though Joey’s intentions are good, his experiences with social interactions significantly hinder his growth and development. The problems that Joey experiences as a child will have implications for his cognitive, emotional, and social development over the long term. Because Joey has not learned basic skills for social interaction, he consistently fails to make important connections—hindering his growth, development, and relationships.

One important activity is for parents to actively engage with the child in spontaneous conversation. During this process, parents should point out to the child the specific actions he or she is taking to help facilitate social interaction.

For instance, in a conversation with Joey, his father may say, “When I talk to you, I make eye contact so that you can see I am interested in what you are saying.” By pointing out the more subtle issues, parents can teach children some vital components of successfully interacting with their peers.

For parents, recognition of how Asperger’s impacts socialization is vital. Even though deficits in social interaction are quite pronounced for children with Asperger’s, the ability to learn is typically not impaired, making it possible for parents and educators to provide them with the skills they need. The challenge is to recognize where deficits are and provide opportunities for identifying needed skills, then practicing them. With patience and persistence, parents can help the child learn important social skills.