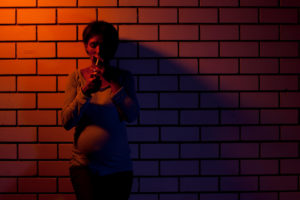 Between 2005 and 2014, smoking rates among pregnant women with depression increased while rates among other groups decreased, according to a study published in the journal Drug and Alcohol Dependence.

Researchers analyzed smoking data from more than 8,500 pregnant women who participated in the National Study on Drug Use and Health. This annual cross-sectional survey polls a representative sample of the United States population. The study included data from 2002-2014.

Because the correlation between depression and smoking has increased over time, even as public health campaigns have lowered the overall smoking rate, the study’s authors suggest depression can be a strong predictor of smoking. Some women with depression may not realize the effect their mental health has on their smoking. As a result, the authors suggest any attempts to help pregnant women stop smoking should also include screening and treatment for depression.

Depression during pregnancy can increase the likelihood that a woman will engage in unhealthy behaviors during pregnancy, such as drinking alcohol or not getting adequate nutrition. These behaviors are risk factors for many pregnancy-related issues, including premature birth, giving birth to a baby with a dangerously low birth weight, and having a baby with behavioral issues. In some women, pregnancy can make depression worse or cause depression that was in remission to return.

Although some studies have shown a correlation between antidepressant use during pregnancy and child issues such as autism, others have found no correlation. Pregnant women should know the risks of untreated depression may outweigh any potential risks associated with antidepressants. Women concerned about using antidepressants while pregnant may find relief from therapy, lifestyle changes, and support from loved ones.