Single People May Be More Fulfilled Than Married People 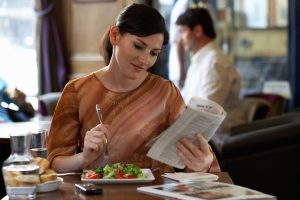 According to a new study, single people may lead richer lives and may be more self-sufficient and fulfilled than their married counterparts. The study was presented at the American Psychological Association’s annual meeting.

The Bureau of Labor Statistics reported in 2014 that there were more than 124.6 million unmarried people older than age 16—the highest ever number of single people living in the United States. Conventional wisdom generally depicts single people as lonely and married people as fulfilled, but this study, which reviewed 814 previous studies involving single people, challenges that notion.

Is the Single Life a Happier Life?

For the study, researcher Bella DePaulo, PhD, of the University of California, Santa Barbara, searched for studies of people who had never been married. She then looked at overall measures of well-being in participants.

DePaulo believes society needs to embrace singlehood, and that many of the purported benefits of marriage may have little to do with companionship or romantic love. Marriage comes with many cultural and financial benefits, so DePaulo says the fact that singles can thrive even without these benefits points to the value of a single life.

Debating the Value of Marriage

Even with these findings highlighting the benefits of a single life, DePaulo does not believe one option is superior to the other. She points to the value of everyone pursuing the way of life that works best for them.