Are Couples Who Share Chores at Increased Risk for Divorce? 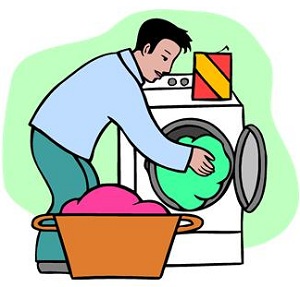 Almost every couple has to decide which spouse will wash the dishes, cook the meals, and take out the trash. Unless you are fortunate enough to have domestic help at your disposal, the drudgery of daily chores will fall on the shoulders of you and your partner. How you divide this burden could predict if your relationship will last, according to a recent study by researchers in Norway. Thomas Hansen, co-author of a study released in late September, surveyed married couples who had an equal division of household chores and found that they were more likely to divorce than couples who assigned the majority of chores to the female partner.

Instead, Hansen found that when the husbands chipped in more at home, the likelihood of divorce increased. He believes that in these relationships, not clearly defining who is responsible for chores could make one spouse feel like his or her responsibilities are being taken over. A person could feel as if the spouse views his or her efforts as not good enough. This could lead to resentments that play out in other areas of the relationship.

Modern marriages in which both partners work can quickly become overly contractual. “Their (partners’) more formal, ‘contractual’-style attitude towards marriage can make for a fraught relationship,” Hansen said. Having rigid schedules, assignments, and duties that are measured out in minute detail make the marriage more like a business and less like the loving, intimate, evolving bond it should be. Hansen said that above all else, a marriage should be a relationship first. Then, when things get a little tense, there will be a solid foundation established from which to forgive, grow, and overcome the difficult stuff.

Reference:
MacRae, Fiona. So much for equality! Couples are more likely to divorce if the husband does half the domestic chores. (n.d.): n. pag. Daily Mail. 28 Sept. 2012. Web. 1 Oct. 2012. http://www.dailymail.co.uk/news/article-2209807/So-equality-Couples-likely-divorce-husband-does-half-domestic-chores.html?ito=feeds-newsxml