Sexual Orientation: Black and White, or Lavender and Gray? 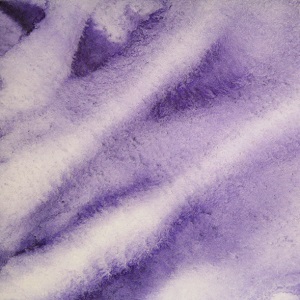 On the “about you” paperwork that I ask new clients to complete I have one section which is loosely based on the mid-20th century Kinsey Scale that researcher Alfred Kinsey used to classify men and women based on their sexual behavior. He and his colleagues would interview people, ask them about their sexual practices, and place them on a scale. My adaptation invites people to place an X wherever they feel they best fit between 1 and 7, with 1 as homosexual and 7 as heterosexual.

I asked a handsome young man recently why he hadn’t filled out that part of the form and he rolled his eyes. “I’m metrosexual,” he replied. Upon questioning, it turned out that this term was more about how he dressed and where he hung out than who he was attracted to.

Yep, he was garden variety straight guy, a seven on Kinsey’s scale. The vast majority of guys that have completed my scale are adamant that they are straight as straight can be; i.e. “I’m not gay!” Some actually write this next to the scale!

But lots of women place themselves in or around the middle, and one new female client recently used watercolor to paint a lavender pink cloud that stretched from 2 to 5! “I’m fluid,” she smiled, “and I play all over the landscape!” Increasingly I’m noticing that orientation is a lot more colorful for women than for men, with shades and textures and patterns that defy quantification.

Research in sexuality and sexual orientation is also fluid, and didn’t really exist before Kinsey took it on in the early 20th century. And he was a zoologist who gradually morphed into a sex researcher! I, of course, am a clinician and not a researcher, so my observations are purely anecdotal, based on many, many clients who share their experiences with me.

This latest state of research flux is being fueled by new ways of peering inside the brain (think MRIs) while people are being shown images of stuff that turns them on. Before this, sex researchers would have women put tampon-like probes in their vaginas to measure blood flow while they looked at sexy pictures. (Men’s penile response is, of course, easier to measure.)

The results surprised the most progressive researchers, who are probably not used to hearing about fluid and lavender clouds. Both probes and MRIs confirm that just about any kind of stimulus (even videos of zoo animals mating) causes genital arousal for the majority of women, even if most of us don’t play all over the landscape in our real lives and real relationships!

Psychoanalyst Paul Joannides said it well at an American Association of Sex Educators, Counselors, and Therapists (AASECT) conference I attended years ago: “Before you take a girl to the zoo hoping you’ll get lucky, what flows between a woman’s legs and what she feels in her heart or thinks in her head can be very, very different … it’s a very unwise person who assumes that a woman is interested in sex just because her genitals are showing signs of arousal.”

Women’s sexual orientation does indeed appear to be more fluid and flexible than men’s, which seems to be more fixed and black and white, without those shades and textures and patterns of gray. For example, recent studies of overall physiological arousal to sexy male and female (human!) images show that straight men are turned on by sexy women but not by men, and gay men are turned on by men but not women. But here’s the fascinating and perhaps surprising part: women—both straight and lesbian—were turned on by both men and women!

It’s my observation that men and women live sexual orientation differently. Guys are straightforward (although not all are straight!) Their orientation results from what kind of person (or animal or object) gives them the most dependable erection.

Women’s sexuality does indeed appear more fluid, in that it can shift between different types of people. And most of us know women that have fallen in love with one another at one time in their lives and then moved to (or remained in) a straight identity and lifestyle.