Sexual Fantasies: Do You Have an Old Standby? 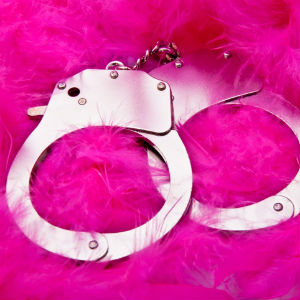 Recently, several people have told me they enjoyed past blogs about sex fantasies, so I’m revisiting this topic.

Interestingly, over the years it’s been my distance clients who have shared most frequently about their favorite scenarios, right down to lots and lots of detail. Those who come to my California office rarely talk about their fantasy sexual content, and never when their partner is present. It seems that most of us prefer telephonic conversation when the subject is perceived as taboo.

Since a large number of us fantasize about sex, I wonder why we tend to feel embarrassed about discussing what we love to think about when we’re aroused. The vast majority of people I talk to in therapy enjoy fantasies during intercourse, and many of us find it difficult to climax when self-pleasuring without fantasy.

Much of his content would likely be considered unusual, kinky, and downright bizarre by most. But the “wild and crazy” stuff is not what seems to provide provocative arousal material for many of us. In my experience, which is, of course, completely anecdotal, most of us fantasize about making love with our current sexual partner, and often the content is cuddly, sweet, and downright silly.

But I won’t be writing about that stuff today. Edgy is more interesting!

Over the years many women (and a few guys) have told me, with some concern, that they fantasize about being forced to have sex. Imagining something happening does not in any way mean that we actually want it to happen to us, and a lot of people imagine scenes that they would never want to experience in real life. Being ravished in fantasy is often a way to enjoy pleasure that would otherwise cause guilt. It’s out of our control, so we’re not responsible for wanting to have it. This ties into another common fantasy that I hear about frequently: having sex with someone in uniform, usually law enforcement.

Here is a partial list of other sex fantasies I’ve heard about:

We all know sex can be quite boring if it’s always the same. But this doesn’t keep many of us from doing the same thing with the same person over and over and over again. Ads for ways to add variety to a dull or routine sex life are all over the Internet, and spicing things up is a favorite topic of the magazines you see at the checkout counter of the grocery store.

Years ago, an elderly woman who was in therapy with me got stuck behind a person in line who had hundred of coupons, so she read an entire article headlined (she told me) “Service your man!” Her husband, who was 10 years her senior, ended up extremely surprised when she returned from that particular shopping trip. This serendipitous 30 minutes certainly spiced up their twilight years.

But even if you keep doing the same thing again and again, an active fantasy life can enliven even the most familiar domestic routine. So rummage around and see if you can’t find a few things in your “virtual toolbox of unique and exotic images” that will give your sex life some extra zest!