Separation and Worry: When It’s Hard to Let Go 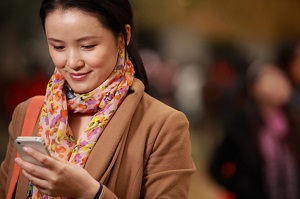 Feelings of attachment develop when the child has the experience of feeling present in the parent’s mind. When the parent’s positive regard and loving thoughts become apparent to the child, attachment is fostered along with feelings of self-esteem and self-confidence. However, if the parent’s thoughts are characterized by worry and anxiety, the development of self-esteem and self-confidence are diminished. More importantly, since any feeling of connection is preferable to disconnection, the experience of attachment to the worrying parent becomes dependent on the continued presence of the parent’s fearful, concerned thinking about the child. As a result, the child may purposefully behave, consciously or unconsciously, in ways to elicit worry.

“Maureen” is a 25-year-old young woman who came to see me for therapy a year ago. She works as a part-time teacher in a nursery school and lives with her parents, who help with some additional financial support. She first came to see me because she was “finally feeling a little less depressed, but still very anxious.” She had been managing to get to her job, but engaged in little else. Her parents had been urging her to go for therapy for over a year. She described them: “They try so hard to help me. They offer suggestions for job hunting; my father redid my résumé; my mother takes me shopping and helps pick out my clothes. I know they are very worried about me. My mom keeps writing these profiles and wants me to go online and date. I don’t feel I can. But I would like a boyfriend, so I thought maybe therapy could help me feel better about myself.”

Maureen and I have been working on issues of self-esteem and self-confidence. As Maureen told me, “I know I’ll never get a better job or a boyfriend if I don’t feel better about myself. It’s just really hard to believe I can do it. I mean, my parents have been trying to help for a long time now. They love me, but they worry. Sometimes I believe they don’t believe I can succeed in the world. As far back as I can remember, they have worried about me and tried to come up with ways for me to feel better. I don’t know why I can’t get there. I feel so loved by them, especially my mom. When she is so scared and worried for me, I feel so strongly that she loves me and she’ll never give up taking care of me.”

Over the months that Maureen and I have been talking, the theme of worried parents kept coming up. Maureen would often begin our sessions expressing intense feelings of agitation and anxiety. One day, as I was listening to Maureen describe her feelings, I realized that I was feeling puzzled and unsettled. Maureen, sounding distraught, began to talk about her decision whether to go to graduate school: “I just can’t figure out what I want. One day I think it’s a good idea. I think I could be a good grade-school teacher. Then I think about the applications and start to feel that knot in my stomach and feel like I’m going to throw up. I’m not sure I would be accepted or, if I was, if I have what it takes to be a real teacher. ” As Maureen was talking to me, I noticed how she could barely contain herself. She looked and sounded so scared, like she was about to jump out of her skin. Then Maureen paused, sighed, smiled, and continued: “You know, my parents are very upset and worried about me now. They told me I should take my time to think about this, that considering grad school is making me too upset.”

As Maureen was describing her parents’ worry, I wondered about my unsettled reaction. I was struck by how her affect changed from such extreme distress to a serene, somewhat cheerful demeanor. The difference in these two affect states was striking, and I wanted to make sense of it. I decided to check in with Maureen: “I’m curious about something. I experienced you as being so upset, anxious, and scared about going back to school. You seemed very worried about whether you could succeed. It made me think about how you believe that you will fail at anything that will make you feel like a successful grown-up in the world. As I was looking at you, it looked like you were about to start crying. Then suddenly it seemed like all those feelings stopped and you became so peaceful and, I don’t know, maybe even pleased when you mentioned your parents’ worry about you and their advice to not follow through with applications. I was very puzzled by what happened. I wonder what you think about what I’ve just described.”

Maureen’s response to the description of my puzzling experience was eye-opening for both of us. At first, she looked startled. She was silent and appeared deep in thought. Slowly, she began to respond: “I did come to the session feeling horribly upset. I want so much to have a life, but I’m so scared to leave home and go out into the world. Whenever I get close to expanding my life, even in little ways, I end up in a panic. The cure has always been my parents. They are always there to reassure me that I will be OK and that I’m OK just the way I am. But something is not right with that. I know there is something off about this feeling, because I know I’m not OK the way I am. And even more crazy is that I know that when my parents worry about me, its proof I’m not OK the way I am. The really crazy part is, and I know this makes no sense, that even though their worry means I’m not OK, I feel the most OK when they worry. Their worry is reassuring because it feels like I can totally rely on them to be there for me and that’s what makes me OK.” Then she paused. “Oh, wow, no wonder I ended up feeling so peaceful and, I guess, pleased when I started to talk about their worry. This is crazy! What am I going to do?”

Maureen’s wonderful recognition of how she relies on her parents’ worry to give her a sense that she will be OK and taken care of has become a central focus of our work. Understanding more about this will be a significant factor in her movement toward independence, self-esteem, and success. As we proceed in this process, Maureen is becoming increasingly aware of how much she needs her parents to worry and how much she lives her life to maintain that worry. Maureen is still scared that she won’t matter to her parents if they are not anxious and concerned about her. Nevertheless, she has begun to discuss this with her parents, and they are trying to understand and work with her on expressing more positive thoughts and recognize what she does accomplish rather than express concern for what she has not yet achieved. Maureen needs to be kept in mind by them in a new way.

It is likely that the pattern of worry that exists between Maureen and her parents has also served her parents. It functions as their way to stay very connected to Maureen and lessen their anxiety about her becoming a separate adult in the world. Both Maureen and her parents are participants in the process of separation and individuation. The more they can all make changes in the way they relate, the easier it will be for Maureen to individuate and for her parents to let go. Hopefully, with continued work, it will be possible to feel attached and in each other’s minds in positive ways. Thus, the goal is for there to be separation and attachment—Maureen can become a separate person who is self-confident, knows what she wants and how to get it, and still be closely connected to her parents.