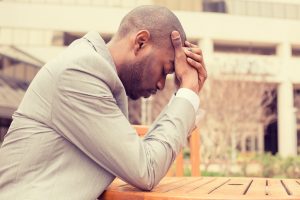 The senses may not be able to learn under stress, according to a study published in the journal Psychoneuroendocrinology. The study looked at the sense of touch while under the influence of the stress hormone cortisol.

Researchers assessed tactile learning in 30 participants, half of whom received a dose of cortisol. The hormone is associated with stress responses, and so its administration mimicked the effects of stress on the brain and body. The other group received a placebo, and neither the participants nor the observers knew which participants were in the control group.

To encourage sensory learning, researchers in this study used passive finger stimulation, which previous studies have linked to increased finger sensitivity and accuracy. The placebo group experienced a 15% improvement in tactile accuracy. The group that received cortisol saw almost no improvements. This suggests stress can inhibit sensory learning.

Other studies have also demonstrated stress can undermine learning. For example, research suggests cortisol can reduce the brain’s ability to strengthen synaptic connections, impeding the ability to learn.

One study found children struggle to learn in stressful school environments. Another recent study linked competitive stress to underperformance in male athletes. The effects of stress on learning may be due to the activity of cortisol in the brain’s hippocampus and amygdala. Cortisol binds to receptors in these regions, which play key roles in learning and memory.

A 2013 study assessed how changing cortisol levels affected learning. Researchers measured cortisol levels of more than 1,200 people who completed a visual memory test, gathering data before a memory was formed, as it formed, and as participants attempted to recall the memory.

Participants with decreases in cortisol levels when they attempted to retrieve a memory were more likely to recall the memory. This result held regardless of the emotional effects of the pictures used in the memory test.