Sensitivity to Criticism: Kryptonite or Superpower? 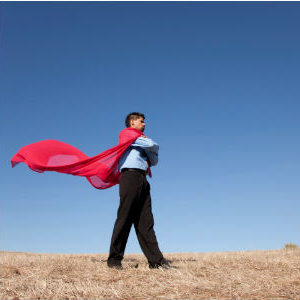 You might have heard the phrase, “What doesn’t kill you makes you stronger.” When it comes to being sensitive to criticism, that’s so true. Think about it. You have spent years and years recovering from other people sitting in judgment of you, and once you stop taking their comments personally, you become like a shield. Their nasty words finally bounce off of you faster than a speeding bullet.

That’s right. While friends and family are getting triggered left and right by those who criticize them, you can look confidently at them and exclaim, “That’s not about you. There’s never a reason for anyone to criticize you.” How cool to be able to counsel others, and how wonderful to have the confidence not to react when YOU are the target of someone else’s judgment. It’s like you’ve been vaccinated from criticism for the rest of your life.

How do you build up this Teflon surface when others keep throwing kryptonite at you? You go to counseling and start understanding the depth of despair that lives within the psyche of someone who is critical. You begin to recognize the negativity that is their blood that keeps them away from their depression, anxiety, or feelings of emptiness. You understand that their lethal language has nothing to do with you and everything to do with them dragging you down into their darkness.

You will be surprised when your therapist acknowledges that there is nothing wrong with you. “Really?” you may ask with a furrowed brow. After all, haven’t these bullies made you believe that you’re inadequate and shameful? I mean, they speak with such authority and denigration—how could you not believe them? They insist with such certainty that you are too fat, too thin, stupid, selfish, vulnerable, bad at relationships, difficult, needy, sensitive, uncoordinated, awkward, and embarrassing. How could they be wrong?

These people are masters at making you believe that you are flawed in some way merely because you are not living up to the standards they have created for you—standards that have no basis in reality. In counseling, with the help of an experienced and nonjudgmental therapist, you will be able to find the child self that you had to bury to keep yourself safe in the face of constant criticism.

After years and years of criticism, a person gradually loses their ability to trust in their thoughts and feelings. Like a virulent toxin, scolding words quickly poison the mind and heart of a child who is then left feeling hurt, rejected, ashamed, disabled, and confused. There is nothing these children can do to fight back, so, inevitably, they just lay down and say “uncle.”

Counseling will empower you to find your voice, talk back, and reclaim the confidence that was your birthright. You will learn that being reactive to criticism is normal. Negative words hurt everyone, but for those who are highly sensitive, criticism feels like being stabbed and brutally wounded. You will also learn about compassion, so that you, too, don’t become so critical of yourself and others.

But remember: Unlike Superman or Wonder Woman, who were born with their superpowers, humans have to learn them. It takes a long time to understand and undo the damage that was done to you and to learn healthy ways of expressing and protecting yourself. In the end, though, it is well worth it. Life and all of your relationships become easier, you have better self-esteem, and you finally feel safe expressing who you are.

Basically, no one can mess with you anymore. And that, my friends, is power.