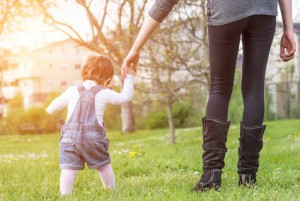 Sensitive care from adults who competently respond to children’s distress may reduce the rates of callous, uncaring behavior in boys, according to a study published in the Journal of the American Academy of Child and Adolescent Psychiatry. Research has shown children raised in conditions that may be challenging, such as in foster care or institutions, are more likely to show traits associated with psychopathy.

Psychopathy is not a mental health condition listed in the Diagnostic and Statistical Manual. Instead, it is a group of personality traits, the most prominent of which is a lack of empathy. Psychopathy affects about 1% of the population.

It can be difficult to treat symptoms in adults, so some researchers have turned their attention to preventing psychopathy in children.

Because children who are orphaned typically face an array of experiences that have the potential to be traumatic, they may be more vulnerable to behavior associated with psychopathy. Sensitive caregiving appeared to reduce this vulnerability. When they were toddlers, children in both groups were observed with their caregivers. Those raised in foster care were more likely to receive sensitive caregiving, with caregivers promptly responding to the child’s distress.

Researchers evaluated participants at 12 years old and found boys reared in institutional settings had higher levels of callous-unemotional traits compared to boys raised in foster homes. These traits are linked with callous and unempathetic behavior in adulthood, suggesting early neglect might play a role in psychopathic traits. A correlation between caregivers who were highly responsive and boys who were low on callous-unemotional traits emerged. Researchers determined that promptly and lovingly responding to a child’s distress might have long-lasting effects on how that child may treat others in the future.