Self-Love: What It Isn’t 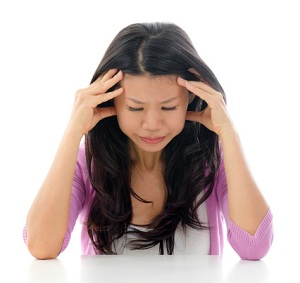 Sometimes it’s useful to define something by what it is not. We can explore the concept of self-love by looking at the ways that lack of self-love can manifest behaviorally.

When someone has a healthy degree of self-love, it is evident on a behavioral level. Inner feelings, whether conscious or unconscious, elicit outer expression. Whether that outward expression is negative or positive depends upon the inner feelings that triggered the behavior. The following behaviors can be evidence of a lack of self-love. Ironically, these common behaviors are often done in an effort to bolster feelings of self-love, but usually lead to further self-denigration and perpetuating a cycle of self-defeating behavior.

Deselfing
Deselfing occurs when one gives up a significant amount of their own “self” in order to fit in or to maintain an important relationship. For example, a young man is swept off his feet by an assertive young woman who is totally involved in life and makes him feel alive by being in her presence. She has a circle of friends she sees on a regular basis, has hobbies and interests that she pursues, and her self-esteem seems high. However, her level of self-love is shaky. Instead of seeing herself as the prized catch that she is, she tells herself that she is lucky to have the attention of such a wonderful and accomplished young man. Her goal in life morphs into keeping his favor.

Excited about the new relationship, she drops her former friends so that she can be constantly available for her new love. Her hobbies and interests take a back seat to his hobbies and interests. She begins to value his opinions more than her own. She is gradually becoming less of herself and taking on a new persona: she is deselfing. Sadly, the young man will gradually grow bored with her deselfed state and begin looking for someone who reminds him of the self that she used to be.

The antidote for deselfing is to pay attention to your feelings. If you’re giving important pieces of yourself away, resentment and depression will eventually hit. Love yourself enough to be yourself.

Self-Sabotage
A month before I was scheduled to graduate from high school, a boy in my senior class dropped out of school. I could not imagine why, after 12 years of intellectual sweat and toil, someone would throw it all away.

Enter the saboteur. When people lack self-love, they often go out of their way to make sure that they don’t reach their goals. Unconscious programming might be running this behavior, but the outcome is the same: they never get the job, never succeed, never finish the project, never get the girl, and they only have themselves to blame. People who self-sabotage usually go full-steam ahead until the goal is just in sight, and then interfere in such a way that success is impossible. This is extremely frustrating to the people in their close relationships, who usually are their biggest cheerleaders—and it has to be frustrating for those doing the self-sabotage as well.

In this case, it is helpful to identify the negative beliefs, often formed in childhood, that are fueling the behavior. These might include, “I don’t deserve to succeed,” “I can’t win,” or “I’m a loser.” These beliefs may be unconscious, triggered by an event that elicited strong emotions at the time. Sometimes even one offhand remark can become lodged in the psyche to the point that it becomes a belief and thus a self-fulfilling prophecy.

A therapist can help you to unearth the origins of your self-sabotaging beliefs. Often, you are aware of the origin of the belief. If not, hypnosis is an excellent tool. Once unconscious beliefs are made conscious, you can counter them with affirmations and begin the process of deepening your own capacity for accepting and loving yourself.