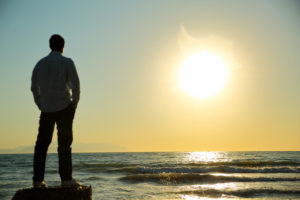 People can and do survive self-inflicted gunshot wounds. Yet some survivors may deny they attempted suicide, says a study in Psychiatric Services. Denial of suicidal intent may prevent gunshot wound survivors from receiving the mental health care they need.

People who attempt suicide with a gun are more likely to die than those who use other methods. A 2000 study analyzed suicide attempts between 1989-1997. The study found 82.5% of self-inflicted gunshot wounds were fatal.

Denying a Suicide Attempt After a Self-Inflicted Gunshot

The hospital coded 43% of these denials as having suspicious circumstances. For instance, one person shot himself during a confrontation with police. Another left a goodbye voicemail for his wife before the event. The events immediately preceding the gunshot strongly suggested suicidal intent.

The hospital discharged 63% of all participants to inpatient psychiatric care. Around 20% were cleared to go home. People who denied attempting suicide were 10.86 times more likely to be sent home. This statistic suggests denying suicide could prevent a survivor from receiving appropriate care.

This care in turn could prevent another suicide attempt. Past research has shown people have a higher risk of hurting themselves after a period of hospitalization. Twenty-eight percent of study participants had attempted suicide in the past. Most participants (71%) had a mental health diagnosis, and 35% reported experiencing abuse.

The study did not find a link between denial of suicide attempts and any demographic factor. The study’s authors suggest people may deny a suicide attempt because of the stigma around suicide. They may not want the attempt documented in their medical records. Some may fear psychiatric hospitalization.

The study discusses strategies to address the mental health needs of gunshot wound survivors, including:

Previous studies show owning a gun can greatly increase the risk of a completed suicide. Thus, many public health agencies focus on suicide prevention among gun owners. According to a 2017 study, suicide prevention efforts work best when they are sensitive to the values of America’s gun owner subculture. Programs that do not stigmatize gun ownership can be especially effective among rural and politically conservative individuals.