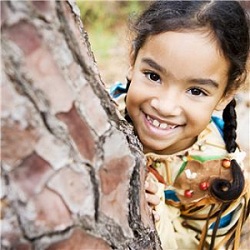 After having worked in a residential treatment facility for abused and neglected girls for 8 years, I observed that the phenomenon of learned helplessness had become an all-to-common denominator for these children. It was very rare that an abused child was placed with us for a single incident of abuse. By the time these children reached our facility, many of them had already been physically or sexually abused numerous times throughout their childhood and adolescence.

Many times these children had been abused not by a single perpetrator but by several different people, including members of their families and outsiders from the community or in their schools, even after they had been removed from danger. One might assume that once children have been delivered from such abuse, they would immediately take advantage of their sanctum by staying away from dangerous situations, choosing more trustworthy friends and safer boyfriends. Yet again and again, these victims of abuse continued to find themselves with partners that would ultimately perpetrate on them or take advantage of them in some way. Once children are taught they have no control in their lives, it is extremely difficult to learn they can ever have it or that they even deserve to have any control at all.

In a demonstration to a group of high school students (http://www.youtube.com/watch?v=p6TONVkJ3eI), a researcher and developmental psychologist at Penn State, Charisse Nixon, Ph.D., showed how easily learned helplessness can take effect. She handed out a list of three anagrams to each student. The students were asked to use all the letters in the anagram to spell a single word using all the letters. She asked the students to raise their hands once they had completed the first word before moving on to the second. Half of the students raised their hands almost immediately and the other half continued to struggle with the puzzle, looking around self-consciously at their classmates who had so easily completed the task with such ease. The researcher asked them to go on to the second word and to again raise their hands when they had finished. The same students who were stumped the first time were still stumped on the second word, while the other half of the students sat patiently with raised hands. Nixon asked the class to go ahead and move onto the third word, and after a few moments, half the class raised their hands while the other half of the class sat rather deflated.

Nixon then explained to the class that half the class received the words BAT, LEMON, and CINERAMA. The first group easily scrambled BAT into TAB and LEMON into MELON, and finally CINERAMA into AMERICAN. The second half of the class received the words WHIRL, SLAPSTICK, and the third word was the same as in the first group: CINERAMA. The second group’s first two words were intentionally unsolvable, but why couldn’t they solve the last anagram as easily as the first group did? Because they had experienced learned helplessness. After failing the first two attempts, they assumed the third word was going to be just as difficult, so they made no effort to solve it. Students in this group reported feeling stupid and frustrated with themselves when they couldn’t do it.

If two failed attempts to solve a silly anagram can induce learned helplessness in a typical high school population, imagine the effect on an emotionally vulnerable child at the hands of a pedophile. To add insult to injury, girls face unbearable pressure to remain silent. So when they are shut down in the wake of abuse, they are less likely to learn new ways of responding, and they are less likely to stand up for themselves or to even show anger.

I spent a lot of time and energy attempting to develop self-esteem in these young women. No matter how much positive feedback, reframing, and even engineering successes occurred for these kids, the positive results did not seem to take, not in the long run. What did last was helping them to develop skills, not in the achievement-based, egocentric inflation of self-esteem, but in fostering self-compassion. Helping them learn how to nurture themselves in the face of disappointment or failure not only created new tolerance for the reality of pain, it moved them closer to emotional self-sufficiency and away from requiring external validation, which unfortunately (or fortunately) is never guaranteed.

Failure and pain are universal and implicit in the human condition. Through mindfulness and acceptance skills, we can open up to and make space for that reality without liking it or agreeing with it. And the more acceptance we cultivate toward reality, no matter how ugly, the more balanced and grounded we will be, giving us the freedom to respond by choice, rather than habits and knee-jerk reactions. We don’t always have to be perfect or even successful in order to benefit from self-compassion. Because we know that we are only human, with limitations as well as strengths, we can be kind to ourselves when we fall short, instead of being harsh and self-critical. We can love ourselves when we feel pain or loss, just like we might be inclined to when we see someone else suffering and in need.