Scapegoating Mental Health Issues for Mass Shootings, and Other News 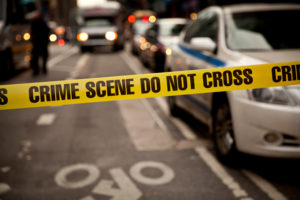 Stephen Paddock, the man who opened fire at a country music festival in Las Vegas, had no known mental health diagnosis. Paddock shares this fact in common with most mass shooters. Research has shown that people with mental health diagnoses are more likely to be victims of violence, not perpetrators. Blaming mental health conditions for mass shootings contributes to the stigmatization of mental health issues and might even deter treatment.

A paper published in 2014 linked binge drinking, a history of child abuse, and being male to violence. Research suggested these factors were more likely to correlate with gun violence than a mental health diagnosis. A 2014 study of convicted murderers in Indiana further found that just 18% had a serious mental health condition. In the general population, the annual rate of mental health diagnoses is also about 18%. Despite this data, most people continue to believe mental health issues are a factor in mass shootings.

Because stigma may deter people from seeking treatment, false beliefs about a link between mental health and violence may serve as barriers to mental health care.

More than two weeks after Hurricane Maria, many Puerto Ricans still lack power, clean drinking water, medical care, and other basic necessities. The death toll includes at least two suicides. The rates of trauma, suicide, depression, and other mental health concerns may rise as people become more desperate. Because many areas have been decimated, survivors may not have access to mental health care for months. Some may never receive it.

When adolescents begin school before 8:30 a.m., they are more likely to experience anxiety or depression, according to a new study. The study, which followed 197 students between the ages of 14 and 17, found that even students with good sleep hygiene had a higher average of depression and anxiety symptoms on a daily basis when they had earlier school start times. Researchers believe the link is likely due to decreased sleep quality.

For Children With Severe Anxiety, Drugs Plus Therapy Help Best

Children with the most severe symptoms of anxiety are less likely to get better when they receive just therapy or just medication, according to new research. The study found that a combination of therapy and medication worked best to help kids manage their symptoms and recommended prompt treatment for childhood anxiety.

According to three studies on religion and oppression, there is no clear link between religion and freedom. Non-religious countries are some of the least and most oppressive nations. Though some highly religious nations were also highly oppressive, other factors better explained this correlation.

Teen girls who experience a concussion—sometimes called a mild traumatic brain injury—experience symptoms twice as long as their male peers, according to a study that compared 110 male athletes aged 11-18 to 102 female athletes in the same age range. Symptoms resolved within three weeks for 75% of boys, but for just 42% of girls. Researchers believe this discrepancy may be due, in part, to symptom overlap from undiagnosed conditions such as migraines, depression, and anxiety.