The Case of Rihanna: Why Do Domestic Abuse Victims Return to Their Abusers? 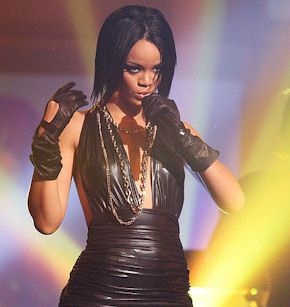 If you are one of the few individuals who do not tweet or blog, you may not be aware that Rihanna and Chris Brown have recently reunited. The fact that he violently assaulted her three years ago does not seem to be of much concern to the couple or to the enthralled crowd of virtual onlookers who follows their every move. Why are we so obsessed with such drama? And why would Rihanna return to the man who exacted such an emotional and physical toll from her?

In a recent article several relationship experts, including Gilde Carle, Ph.D., Sheri Meyers, Psy.D., and Lisa Firestone, Ph.D., were all questioned about this interesting conundrum. The first question posed to the panel was, “Why are we, the national peanut gallery, so vehemently disturbed over their reconciliation?” The experts said that first, none of us knows what has happened since, or what type of help Chris Brown has received, if any. But a big part of our sick obsession is the powerlessness we collectively feel. “Part of the outrage is the helplessness of being the bystander and watching it,” said Firestone. “Part of being the bystander is that we encourage it by being part of the crowd.”

The relationship experts were also asked what they would say to Rihanna if she asked their advice. Firestone said that the behavior of returning, of repeating the same mistake, is probably deeply rooted in her childhood experiences. Meyers said she would ask Rihanna to take a look at what changes Chris has made. And, what would happen if he were pushed to his limit again? Finally, Carle would ask Rihanna to look into her heart and carefully evaluate her feelings for him. Even though she may love him, love is a subjective term. Each of us has our own definition of love and how it should be expressed. Understanding that is a big key to understanding why people make the choices they make, despite what has happened in the past.