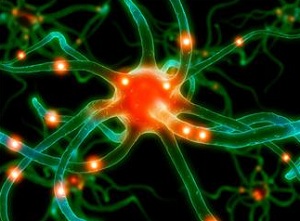 Imagine yourself housed in a box. Although you did not choose this box (it is a gift to you from others), the environment of this box has become so familiar and deeply personal that it becomes difficult at times to tell the difference between yourself and the box you are in. The lines between are often smudged. But in one way, the difference is absolute: it is a box severely limited in its ability to conform to your wishes. Your box may lean more toward the shadows than you would like. It may have a knack for leading you into a kind of trouble that you would never have chosen for yourself. You may wish the box to be stationed high in a sycamore tree overlooking fields of lush green pastures. You may wish your box to be made of multicolored glass reflecting dappled light across your glowing skin. However, your box is what it is; defended, battered, glorified, or ignored. It carries on, regardless of your greatest hopes, showing you its own very specific version of the world.

From a genetic perspective, the box analogy may seem an apt metaphor for your relationship to your body’s condition at the cellular level. “You are that which your genes determine you to be.” Scientists have already mapped the full genome sequence in thousands of people’s DNA, enabling commercial speculators to identify the specific fingerprints for the traits you inherited from your parents’ chromosomes. You can now pay a corporation (current cost is a mere $4,000) to decode a small sampling of your cells and forthwith a set of blueprints stating the likelihood of which diseases will eventually terminate your life. As the number of studies grow (one company alone plans to provide one million full genomes per year by 2013), so too will the precision of their pronouncements. As this information becomes ever more commonplace, it will only grow more difficult to imagine a future that is not already defined by your genetically imposed strengths and shortcomings. For this generation and those to come, information about the limitations passed to you from your genetic code may prove to be more comprehensively boxlike than ever before.

The problem with the box metaphor, however (and the reason why it seems such an intuitively false picture of our condition as humans), is that it ignores the much more hopeful picture provided by neurochemical studies of the brain. At the cellular level, your brain is no different than any other organ of your body, and it is at the mercy of your genetic blueprints. However, the brain also functions according to a unique set of laws, operating at the neurochemical level, which call for a different analogy for the self—aligned, yes, with cellular determinism yet also with a wildly idiosyncratic and adaptive universe. Whereas the transmission of genes can be likened to that of passing batons across a grand relay race from one generation to the next, the transmission of brain chemistry is likened more to a phoenix rising endlessly anew from the ashes of its forebears.

The science of connectomes seeks to map this chaotic system and thus substantiate what many of us already intuit to be true; we can change the way we use our brains and thus the very chemistry of our experience. As scientists capture and map the full set of neurons and synapses in the human brain, they are now observing the way those connections change during a course of events. These maps will soon offer us a much-needed framework and demonstration for the way talk therapy can alter the constructs of our actual brain chemistry as we evolve over a lifetime.

Jim is searching online for help with his brain. The full genome sequence he has purchased reveals DNA sequences in his chromosomes that confirm the obvious: that he is easily distracted and prone to spells of rage. Jim’s prescriptions for Ritalin as a child seemed to help his focus but not the source of his problem. In his teens he discovered that cocaine offered similar relief that led, against his own better judgment, to a decades-long battle with substance abuse. Eventually, a commitment to recovery with the help of NA saved his life—but not his marriage. No matter how successful his recent attempts at sobriety have been, he feels stuck with the same postwithdrawal dilemma: He finds himself trapped in overdrive, a man helplessly at odds with his own genetic coding. How might talk therapy help Jim? Below are four examples of how different therapeutic approaches might impact his actual brain chemistry.

Four Connectome Processes: Reweighting, Reconnecting, Rewiring, and Regeneration
In scenario one, Jim uses his therapeutic hour identifying the triggering events that prompt escalations in his hurried-thinking style. He also practices slowing his thinking through various focusing activities. He finds in one session that, following a 2-minute meditation on his physical sensations, his thoughts experience a sudden respite, a calm. He begins taking some of the practices home with him. The weekly sessions  orient his mind toward tracking the small successes he experiences each week in controlling his thinking style. At the neuron level, this is called reweighting. Jim’s neurons adjust, or “reweight,” their connections by strengthening the ones oriented toward sensory data and weakening those in the region of abstract thinking.

Neurons can also reconnect by creating and eliminating synapses. In a second scenario, Jim engages in a more experientially oriented therapy like Gestalt or process therapy. Here the weekly sessions are more open ended. The therapist elicits familiar thinking patterns from Jim and then explores the secondary physical symptoms that arise with them. Jim’s attention is directed to the way his foot taps just before the arousal of anxious thoughts. He and his therapist explore ways to exaggerate and then minimize the energy associated with his foot tapping. Over time, Jim develops an increased comfort in attending to this and other physical precursors to his anxious thoughts. Awareness of his distracted thinking is eliminated in exchange for newly created connections with his stimulated sympathetic nervous system.

Reweighting and reconnecting one’s neuronal pathways are generally accepted as quite possible in adulthood and thus, very relevant to most treatment modalities in talk therapy. Rewiring and regenerating neurons occur more often in the brains of developing infants and children. There is somewhat of a debate whether or not such processes are possible with adults. However, there are more esoteric approaches to therapy that include rewiring and regeneration as part of their treatment goals.

In a third scenario, Jim meets with a relational therapist. This approach includes the actual therapist-to-client relationship as part of its focus. The underlying premise is that, as social creatures, much of our personality structures are cocreated by our intimate relations. We actually borrow new neuronal pathways from each other as we interact. Thus, in one session we find Jim about to fall into one of his typical rage cycles, the kind that usually send those around him into cautious silence. His therapist, aware of this tendency, responds instead in a humorously confrontational manner. Jim is caught off guard. Instead of escalating, Jim is surprised to see his rage subside. They are at a moment-of-meeting. Such intimate and authentic moments shared between individuals point at the way brains can rewire themselves. Jim has never seen the humor in his anger before. Later on he finds himself laughing at his own rising anger while caught in traffic. The memory of that unique interaction carries lasting impact. Jim’s brain has rewired itself by growing and retracting its neuronal branches.

Finally, the study of connectomes shows that entirely new neurons are created and eliminated through regeneration. This process borders on the miraculous. Where once there was nothing, something entirely unexpected occurs in the brain. We watch as young children experience the world anew, and we can imagine new synaptic connections firing magically into existence. States of delight, awe, and astonishment occur less regularly in the adult brain. Sometimes however, in the supportive environment of spiritually attuned seekers, even grownups can make room for the miraculous. Jim looks to his NA group for this support. Together, they acknowledge the role that a higher power has on their own recovery. Jim has developed a receptivity to random occurrences of the divine in his life. Occasionally, seemingly out of the blue, he experiences a sense of grace as new neurons appear and disappear in his brain. Yes, the study of connectomes points us toward a world that is just that magical and seemingly divinely inspired.