Retreat or Reach Out? Exploring How Men and Women Respond to Stress 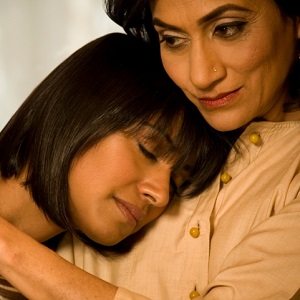 How do you handle your emotions when life gets stressful? Do you shut down and internalize, withdrawing from social circles? Do you seek solace in substances, food, or marathon runs of television shows or movies? Do you curl up in a ball and forget how to function?

Or do you call, text, and meet up with friends with a fervency, hoping that someone—anyone—will either take the time to listen to you vent and offer some form of comfort and support or distract you from your dilemma with his or her own needs? Or do you simply find the strength within to meet whatever challenge you may face head on, determined to overcome?

Recent research reveals that differences in stress management may be determined largely by gender. Of course, there are always exceptions and generalizing traits by gender can often feel a bit too simplistic, but a study published in Psychoneuroendocrinology suggests that in times of stress, men become more self-centered while women become more prosocial. Men retreat from other people, and women reach out for them.

Researchers at the International School for Advanced Studies (SISSA) of Trieste, Italy, found that people tend to respond to stress either empathically, with an understanding that everyone goes through difficult times and needs help in their moments of distress, or egocentrically, with the inability to distinguish between “self and other.”

Their starting hypothesis was that most people naturally lean toward the self-centered manner of dealing with stress, as external stimuli may be too overwhelming to process when personal matters become pressing. However, they discovered that while the male participants in the study did behave this way, the women were more prone to seek social engagement as a means of coping.

The participants were instructed to partake in stress-inducing activities like public speaking and mental arithmetic tasks. While in the midst of them, they were asked to imitate the movements of others, recognize emotional states in themselves and others, and make judgments adopting other people’s perspectives.

Again, women were found to be far more likely to connect with others in the face of stress. “What we observed was that stress worsens the performance of men in all three types of tasks. The opposite is true for women,” said one of the researchers.

Those who conducted and published the study believe this finding may be linked to levels of oxytocin—otherwise known as the love or bonding hormone—which are higher in women than in men.