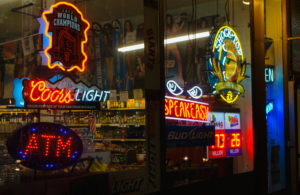 Legislation that restricts access to alcohol may lower rates of alcohol-related violence, according to research published in the Journal of Studies on Alcohol and Drugs.

The study analyzed data from the National Violent Death Reporting System. The analysis included information on 27,000 that occurred in 17 states between 2003-2012.

Researchers devised an Alcohol Policy Scale (APS) score based on the regulatory environment in each state. The APS looked at the effects of 29 different alcohol policies on a state’s regulatory environment each year. States enacted a range of alcohol policies, including taxes, limitations on where alcohol could be sold, and restrictions governing how alcohol could be sold. Because these policies can make it more difficult or more expensive to access alcohol, they potentially help lower drinking rates.

Using scores obtained from the APS, researchers then used a statistical model to estimate the relationship between a state’s alcohol regulatory environment and an individual’s risk of being involved in an alcohol-related homicide.

The study also found that restrictive alcohol policies could protect many groups who account for a large number of homicides victims, among them young adults between the ages of 21 and 29, people of Latin descent, and women.

Because alcohol use is a significant risk factor associated with homicide, the study’s authors believe their results show reducing alcohol access could also lower the homicide rate.