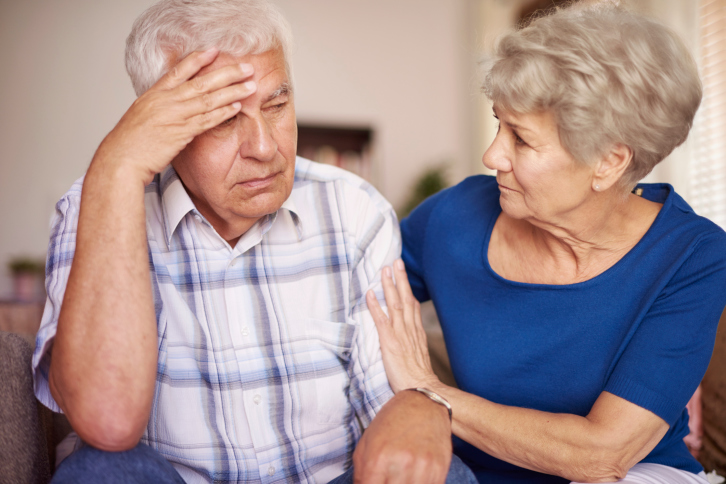 Researchers working with an animal model have found more evidence for a link between stress and Alzheimer’s. Most experts on the most common form of dementia believe the condition is caused by a complex interaction between genes, environment, and lifestyle factors. Recent research has focused on modifiable risk factors for Alzheimer’s.

Can Stress Cause Alzheimer’s?

Researchers tested the effects of stress on a mouse, then followed up with tests on human cells. The study began by exposing mice in a lab to acute stress. The researchers found that stress causes the release of corticotrophin releasing factor (CRF), a stress-related hormone in the brain. CRF then increases beta-amyloid proteins, one of which is associated with Alzheimer’s.

Researchers then tested the mice brains for the presence of beta-amyloid proteins. When this protein collects in the brain, it can start a degenerative process that ultimately leads to the development of Alzheimer’s. Mice exposed to the initial acute stress had higher levels of Alzheimer’s-related proteins.

To test this theory, the researchers exposed human neurons to CRF. The hormone increased the activity of an enzyme called gamma secretase. This chain reaction produced more beta-amyloid proteins, suggesting a higher risk for Alzheimer’s.

Reducing the Risk of Alzheimer’s

This is not the first time research has pointed to the role of lifestyle and environment in producing Alzheimer’s. Earlier this year, researchers uncovered a number of modifiable risk factors for Alzheimer’s. Risk factors included a Body Mass Index significantly higher or lower than the “normal” mid-life range of 18.5 to 24.9. Type 2 diabetes among Asians, low and high blood pressure, depression, and narrowing of the carotid arteries also figured prominently.

Reducing stress is associated with a number of health benefits. If you are concerned about your own stress levels, therapy may help. Consider also trying some of the following:

According to the Alzheimer’s Association, Alzheimer’s is the sixth-leading cause of death in the United States. Only 45% of Alzheimer’s patients are told about the diagnosis.