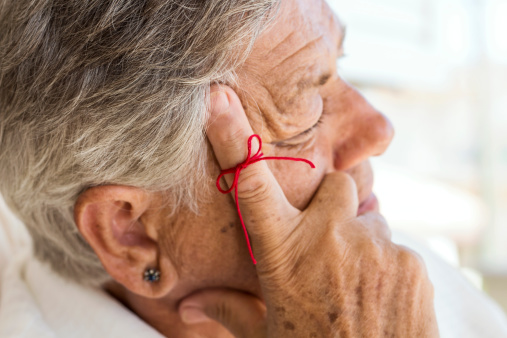 Researchers may have discovered a blood test for detecting Alzheimer’s, according to a study published in Analytical Chemistry. The blood test is not yet available, and will not become so until more research can be done.

The Alzheimer’s Association reports Alzheimer’s is the sixth-leading cause of death in the United States, with 1 in 3 seniors dying with Alzheimer’s or some other type of dementia.

A Blood Test for Alzheimer’s

The test uses an infrared sensor to analyze blood or cerebrospinal fluid. In the study, this approach allowed researchers to test for a biomarker associated with Amyloid beta peptides. Most research suggests Alzheimer’s is due to distribution of Amyloid beta peptides, which may appear many years before symptoms begin.

The researchers drew samples from 141 patients, achieving accurate results for 84% of blood samples and 90% of cerebrospinal fluid samples. This suggests it might eventually be possible to use blood samples to diagnose Alzheimer’s.

Alzheimer’s produces changes in the body long before symptoms become visible. According to the study, the blood test could enable detection as early as 15 years before symptoms appear. Alzheimer’s is not curable, but some treatments may work more effectively at the early stages of the disease. People who currently have Alzheimer’s typically only seek testing after they start showing symptoms, when significant deterioration has already occurred. Earlier detection could produce better outcomes for people who seek early treatment.

The blood test is not yet widely available, and there are no plans to make it available to the general public. Instead, researchers must test the procedure on a wider group before expanding access to the test.

Current Alzheimer’s diagnostic procedures are correlative in nature, relying on symptoms, brain scans, and ruling out other diagnoses. The only definitive way to diagnose Alzheimer’s is through examination of brain tissue. In addition to providing earlier detection, the new test could one day offer a more accurate diagnosis.