Reports of Terror Traumatize Some Students 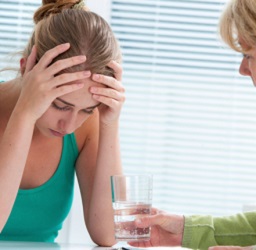 Posttraumatic stress is a collection of symptoms—intrusive memories or flashbacks, hypervigilance, depression, anxiety, and avoidance—that can result from traumas such as rape, military combat, and natural disasters. According to a new study, though, people who have directly experienced a traumatic event aren’t the only ones vulnerable to posttraumatic stress. In this case, adolescents who had a history of trauma showed new symptoms of posttraumatic stress in response to terror attacks.

On July 22, 2011, a gunman shot and killed 69 Norwegian students at a summer camp. A car bomb that went off the same day killed an additional eight people. Researchers wanted to evaluate what effect reports of this event might have on youth who did not have a personal connection to the event. They examined data from a mental health survey that looked at 10,000 high school students.

Researchers found that students who had a history of childhood trauma or who had witnessed violence were more likely to develop posttraumatic stress related to the July 22 attacks, even when their only connection to the terrorist attack was through media reports. Overall, students with a prior history of trauma had a 50% greater risk of developing posttraumatic stress in response to media coverage of the terrorist attacks.

Mental health experts have long known that early trauma increases children’s vulnerability to a host of physical and mental health challenges. This new research shows that early trauma also increases the likelihood of experiencing future events as traumatic. The study’s authors emphasize the importance of preventing violence in early childhood.

The American Psychological Association suggests several steps parents can take to boost resilience in children, including: