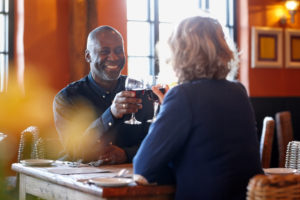 More older Americans than younger Americans are having extramarital affairs, according to a report by the Institute for Family Studies, a think tank that advocates for marriage and family stability. The report used data from the General Social Survey, a project of the University of Chicago’s National Opinion Research Center.

The increase in affairs coincides with the so-called “graying of divorce.” Though overall divorce rates have fallen in recent decades, Americans older than 50 are twice as likely to divorce as seniors were 20 years ago.

The data on extramarital affairs draw from a single survey question: “Have you ever had sex with someone other than your husband or wife while you were married?”

From 2000-2004, people younger than age 55 were more likely to report having an affair. Beginning after 2004, younger people’s rate of extramarital affairs sharply dropped, while older Americans began having more affairs. By 2016, 20% of people older than 55 reported at least one extramarital affair, compared to 14% for respondents younger than 55.

People in their 50s and 60s are the primary drivers of the trend. Baby Boomers reported more extramarital affairs than any other group. Less than 10% of those older than 80 reported having extramarital sex.

What Is Driving the Trend in Extramarital Affairs?

The research did not directly explore why older Americans have more affairs. However, the report’s authors speculate that two factors may be contributing to the trend. Older Americans have been married longer, allowing more time to have affairs. The decline in extramarital affairs among the elderly, however, suggests this does not fully explain the trend. Coming of age during the Sexual Revolution—a social movement that included a time of greater sexual exploration during the 1960s to the 1980s—may also be a factor.

The report notes that people in their 50s and 60s have had, on average, more sexual partners than both younger and older people.