Report: Incarceration Does Not Affect Drug Abuse or Overdose Rates 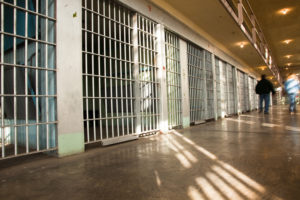 Incarceration has no effect on drug use, according to a letter by the Pew Charitable Trust sent to the President’s Commission on Combating Drug Addiction and the Opioid Crisis. The letter argues that neither low nor high incarceration levels are linked to a reduction in drug use.

For people addicted to drugs, the threat of prison time has little effect on drug use, the letter says. This means that expanding penalties or revving up enforcement efforts is not likely to slow the epidemic of drug addiction or overdose.

The Politics of Drug Incarceration

Incarcerating drug offenders has long been the subject of political debate. According to The Sentencing Project, the United States incarcerates more people per capita than any other nation. Incarceration rates have increased by more than 500% in the last 40 years. Data show this change is largely attributable to the war on drugs.

Nonviolent drug offenders account for 46.3% of the federal prison population. Some drug offenders will serve the rest of their lives in prison. So-called “three strikes” laws mean that even some marijuana offenders can be sentenced to life in prison for repeat drug offenses.

Inmates are more likely than the general population to experience mental health issues, including depression, trauma-related conditions, and thoughts of suicide. People with mental health symptoms are also 4.5 times more likely to be arrested, contributing to data showing more than half of all inmates in the U.S. have a diagnosable mental health condition.