Repairing Infidelity Begins with Asking Why It Happened 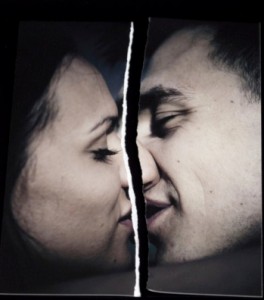 As a clinician who frequently works with people who are working through the damage of infidelity, I have witnessed many face their partners and try to answer the question as to why they were unfaithful. This question often goes inadequately addressed. This makes some sense to me—the unfaithful partner most likely did not put a lot of thought and consideration into why they betrayed their partner. They may have decided to cheat because it felt nice that someone else was paying attention to them, they liked how flirting again felt, or they were bored, angry, or feeling resentment for their partner. Perhaps they couldn’t deny the attraction, they rationalized that it would only be once and not hurt anyone, or maybe they were intoxicated.

Of course, the above list doesn’t address all of the reasons someone would be unfaithful and doesn’t excuse it, but my point is that sometimes there isn’t much thoughtful contemplation before someone acts. Therefore, in the immediate aftermath of affair exposure, they truly may not know why they cheated.

This is where the hard work starts. What I share with people in the therapy room is that if you and your partner are interested in rebuilding your relationship, you need to create a firewall around it so you will never again be susceptible to cheating. While you may not be able to clearly articulate your decisions for the affair upon its immediate exposure, you can be sure there are reasons that led you astray. The reasons might be tough to talk about, but there definitely are reasons. The firewall is built through serious and painful personal reflection, difficult conversations with your partner, honesty, time spent with a couples therapist, and with an individual therapist.

In my work, I see many hurt partners who struggle to accept that the behavior won’t happen again—they need evidence that they can trust you. There is tremendous emotional vulnerability when a partner is betrayed and then decides to trust his or her partner again. The fear I see stems from fearing he or she may do it again. From my experienced perspective, the best way for a formerly unfaithful partner to live up to their promise of future fidelity is by understanding why they cheated in the first place. Make no mistake, this process is not easy, but you have to go through it. You can’t just shut a door on the whole messy situation and pretend it didn’t happen.

It is a tough chasm to cross, trying to determine why you chose to put your most significant emotional investment, your relationship, at risk. Why did it happen? When did you become susceptible to becoming attracted to another person? What was going on in your relationship? Were you feeling overlooked, neglected, dismissed, or unimportant? Were you angry at your partner? Did he or she change too much, or not enough? Did he or she prioritize the children over you? Did he or she not hear you or listen to you when you shared your concerns about the family spending? Did he or she not respond when you indicated that alcohol consumption was a problem?

I’m a believer in the idea of never letting a crisis go to waste. By this, I mean if you and your partner are willing to go through the repair process and endure the pain that is associated with rebuilding your relationship, you should figure out what caused you to make that decision originally. If you don’t determine the factors that led to you being unfaithful, you can’t protect yourself and your partner from making the same mistake again.