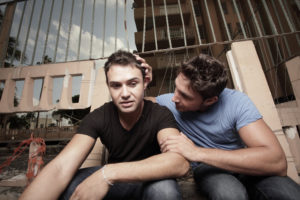 In 2015, the U.S. Supreme Court ruling in Obergefell v. Hodges became a landmark case for LGBTQ+ rights. The Supreme Court ruled that the Equal Protection and Due Process clauses of the U.S. Constitution protect equal marriage rights among same-sex couples. The ruling legalized same-sex marriage across the U.S.

Yet opponents of marriage equality have found new ways to fight the practice. One strategy is through religious refusal laws. These laws allow businesses to refuse service as an alleged form of religious freedom and free speech.

A Colorado religious refusal case has recently garnered national attention. In December of 2017, the U.S. Supreme Court heard oral arguments in Masterpiece Cakeshop v. Colorado Civil Rights Commission. The case arose when a cake shop owner sued the state of Colorado. The owner argued he should be allowed to deny service to a same-sex couple based on his religious beliefs.

The Colorado Court of Appeals ruled against the cake shop owner. The Supreme Court of Colorado refused to hear an appeal. The U.S. Supreme Court is scheduled to release its opinion on the case today, June 4.

A Study of Religious Refusal Laws

The study used 2014-2016 Behavioral Risk Surveillance System data from nine states. Three of the nine states in the study have religious refusal laws:

Six nearby states (Nevada, Idaho, Ohio, Indiana, Virginia, and Delaware) functioned as controls. The states did not have religious refusal laws. Yet they did have similar demographics to the main three states.

The Impact of Religious Refusal Laws on Mental Health

In 2014, 21.9% of gay, lesbian, bisexual, or “unsure” adults reported mental distress. This was nearly twice the rate of straight adults (12.6%). These statistics were measured before the Obergefell decision. They predate the state religious refusal laws.

By 2016, mental distress rates rose at different rates between populations.

The study did not directly ask about the effects of religious refusal laws. Thus, the exact relationship between these laws and mental distress is unclear. Yet there was a significant increase in mental distress only 7-18 months after the laws passed.

The researchers believe this increase is a sign of the laws’ widespread effects. They say state laws that permit religious refusal may affect the treatment of sexual minorities within those states. Prejudice and inequality impact all sexual minorities, not just the ones who are directly denied services.

Therapy can help sexual minorities manage the stress of discrimination and stigma. A therapist may also help LGBTQ+ people maintain healthy relationships, even when they encounter minority stress.