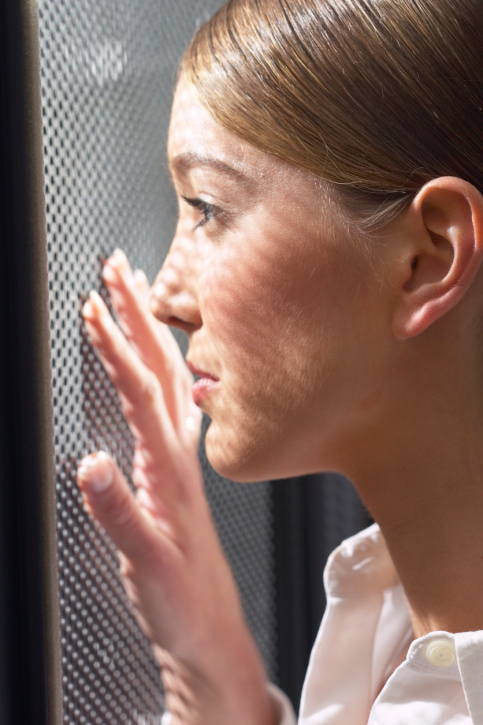 Stockholm syndrome refers to symptoms that may occur in a person who is in a hostage situation or otherwise held prisoner. Typically, these feelings can be described as sympathy toward captors or the development of a bond with the captor or captors.

This reaction can also be recognized in those who have left religious cults, abusive relationships, or other traumatic situations.

Stockholm syndrome is not a recognized psychological diagnosis, but rather, an attempt to explain the symptoms appearing in some individuals who are held captive. A person who experiences Stockholm syndrome comes to bond with the captor and may experience feelings of love, empathy, or a desire to protect the captor. The hostage may also often develop negative feelings toward the police or other parties who are attempting rescue.

Studies of incidents involving hostages indicate Stockholm syndrome appears to be most likely to occur when individuals are held captive for several days and have close contact with their captors. These individuals are generally not harmed by their captors and may even be treated with kindness. A person who develops Stockholm syndrome often experiences symptoms of posttraumatic stress: nightmares, insomnia, flashbacks, a tendency to startle easily, confusion, and difficulty trusting others.

From a psychological perspective, this phenomenon can be understood as a survival mechanism. In fact, some experts may even encourage those in a hostage situation to act as if they are experiencing Stockholm syndrome in order to improve their chances of survival, as a connection with the perpetrator can potentially make the situation more bearable for the victim and may make the captors more inclined to meet the captive’s basic needs.

Anna Freud first described something akin to Stockholm syndrome when she talked about identification with an aggressor, or one’s attempt to cope with fear by transforming oneself from the threatened person to the threatening one. Freud considered this to be a defense mechanism that might give one a sense of power in a situation otherwise likely to be terrifying.

An FBI study undertaken in an attempt to understand more about Stockholm syndrome suggests about 8% of people in hostage situations develop observable characteristics of Stockholm syndrome. However, theories about this reaction cannot be tested easily, as placing people in a hostage situation for the sake of a trial is not considered to be ethical.

Because there is little data about the syndrome and because existing data was obtained from widely varied situations, experts are not in complete agreement about what characterizes Stockholm syndrome or what leads some people to experience it and not others. Some researchers also disagree on the application of this syndrome to other traumatic situations, such as abusive relationships.

The term originated following a bank robbery in Stockholm, Sweden in 1973. During the robbery, bank robbers held four bank employees captive in a vault for more than five days. While in captivity, the hostages bonded with their captors, mostly due to the small acts of perceived kindness on the part of the abductors. Eventually, the captives began to fear the police more than they feared the bank robbers and became resistant to the idea of rescue.

The behavior of the captives confused the police and the general public as well as the captives themselves. Psychiatrists likened the reaction to the shell shock (the term that was used to describe what is now known as posttraumatic stress) experienced by soldiers in war and explained that the captives felt grateful to their abductors, rather than to the police, for sparing them from death.

The term Stockholm syndrome became widely used in 1974 in the kidnapping case of heiress Patty Hearst. Hearst was kidnapped by the Symbionese Liberation Army (SLA) and later assisted her captors in a series of bank robberies, even claiming that she had joined the SLA of her own free will.  When she was arrested a year later following her involvement in the robberies, she said that she had been brainwashed by the SLA, and despite being sentenced to prison, her sentence was eventually commuted, and she was later pardoned.

Stockholm syndrome has also been used to describe the reaction of kidnapping victim Elizabeth Smart. Smart was taken from her home in 2002 at the age of 14 and held captive for nine months. Even though it appears that Smart had various opportunities to escape, she never attempted to do so. It is unclear, however, whether she did not try to escape because she developed Stockholm syndrome or due to other reasons, such as her statement that she was terrified of her captors.