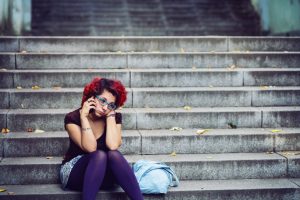 Honesty can be understood as the practices of both telling the truth and of avoiding deception by either omission or misdirection. This concept, especially as it relates to individual interpretations of honesty, has garnered attention in the fields of philosophy and psychology both.

Many people simply view honesty as the act of telling the truth, but the concept is deeper and more complex than that. The concept of truth in itself is largely a subjective one; what is true for one person may not necessarily be true for another. Therefore, at times it may be hard to speak only the truth, as a person’s understanding of truth is largely influenced by their own experiences, perspectives, and biases.

The concept of honesty also brings up the question of whether choosing to be honest necessitates telling everything or whether withholding some information is the more morally responsible choice. A person who is asked for an opinion about a personal matter, for example, may find it necessary to consider the question of whether it is better to be honest even if doing so causes another person to experience hurt feelings. Some might also struggle with deciding whether to keep certain information private in order to prevent hurt, embarrassment, or other negative consequence.

Philosophers have considered these and other questions about honesty for centuries but have found no clear answers. Most individuals use their own moral code to decide when it is best to be completely honest and when it may be more advisable to withhold information or otherwise avoid the whole truth.

The Effects of Dishonesty

People lie for a variety of reasons—to protect others, to protect themselves, or to benefit in some way. Regardless of one’s motivation, dishonesty can have serious negative consequences. Even when somebody has good intentions for not being honest, the act of deceit can lead to a decreased sense of trust. Not only can this cause relationship difficulties, but in some situations dishonesty may also lead to a tarnished reputation, career issues, and other social difficulties.

Dishonesty can also be contagious. Research shows that when any individual acts in their own best interest instead of being honest, that behavior may then be established as a norm, leading to an increase in the number of people acting in an unethical and/or deceitful manner.

Lying to other people can have harmful effects on interpersonal relationships, but being dishonest with one’s own self might also have a negative impact. It may not always be easy for people to view themselves honestly, with a willingness to acknowledge their flaws and shortcomings. The ability to do so, however, may lead to an increased sense of authenticity, which has been linked to increased happiness and life satisfaction.

Research has also shown that when an individual practices deceit in order to achieve a goal (such as when a person cheats on a test to get a good grade), they may not remember the act of dishonesty later on and overestimate their abilities in the future (incorrectly assuming they will also score highly on the next test, for example). In this way, being dishonest can lead a person to develop a false sense of security.

Honesty, on the other hand, has been shown to have beneficial effects on an individual’s overall well-being. One study found that people who made the effort to lie less often experienced fewer difficulties with mental and physical health. Honesty can be beneficial in part because people who tell the truth do not have to later deal with the stress and anxiety that often coincide with lying. When people lie, they then have to remember their lies in order to prevent them from being disproven. Often people have to tell additional lies, an act that is likely to result in an increasingly complicated series of lies that can be difficult to remember and stressful to manage.

Although being honest can be difficult in the moment, doing so prevents an individual from dealing with the stress of dishonesty, which many may find more rewarding in the end.

Nearly every person tells the occasional lie, and it may be rare that a person strives for complete honesty in all cases. However, if an individual feels like a habit of lying has become a problem, or feels as if they cannot help lying, there are steps they can take in order to become more honest. The first step is to recognize the times when they are more likely to resort to dishonesty. It may be more useful to acknowledge that all people are likely to experience moments of dishonesty and then attempt to recognize one’s own examples of deceit rather than feel embarrassed or shameful about lying.

It may also be useful to identify scenarios in which deception is likely to occur so these scenarios can be avoided or dealt with carefully. Circumstances in which deceit may be more prevalent might include conflicts of interest (it is often more difficult to make an honest assessment of a situation when an individual has something to personally gain) and situations in which the rules are unclear. Another sign of dishonesty that some may wish to watch for is the tendency to rationalize, or argue that an action is acceptable for some reason. Once an individual is able to increase awareness about dishonesty, it is often possible to make a conscious choice to be more honest.

Therapy can also provide an opportunity to work on honesty. It is not uncommon for people to distort the truth in therapy, especially if they wish to avoid painful consequences or feelings of guilt or shame. A therapist can provide a safe space for people to openly share their innermost thoughts and feelings without being judged or criticized, and this can provide a foundation for increased insight and authenticity. A therapist can also help people understand why they have been dishonest in the past and offer support in the process of addressing any barriers that may get in the way of being more open and honest in their lives.